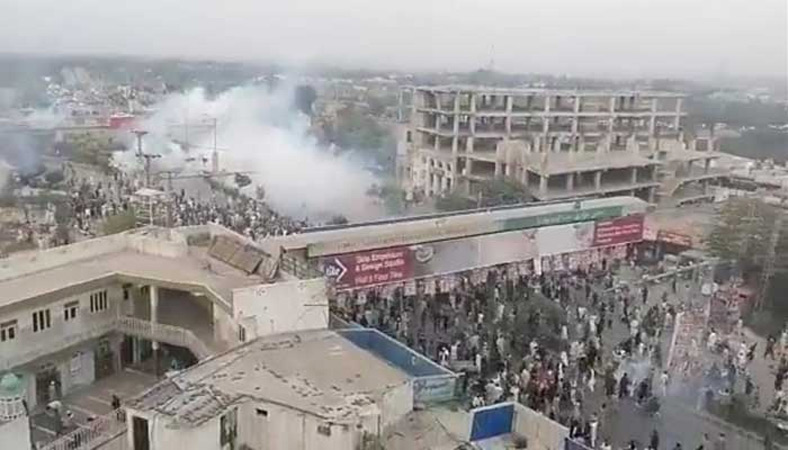 The PTI launched countrywide protests against the attack on party Chairman Imran Khan. The party staged protests in major cities across Pakistan including Karachi, Islamabad, Lahore, Quetta, Peshawar, Malakand, Rajanpur, Bahawalnagar, Muzaffargarh, and Kohat, among others.

The PTI workers pelted stones at FC and Islamabad police personnel, forcing the law enforcers to fire tear gas shells to disperse the demonstrators. The police also took custody of two PTI workers.The protesters blocked the road leading up to Faizabad, causing problems for the people travelling to Islamabad.

Protestors in Lahore held demonstrations against the federal government. Earlier, PTI workers and supporters vandalised public property outside the Governor House’s gate at Lahore’s Mall Road resulting in a traffic jam before ending the protest, as the police reached the spot. 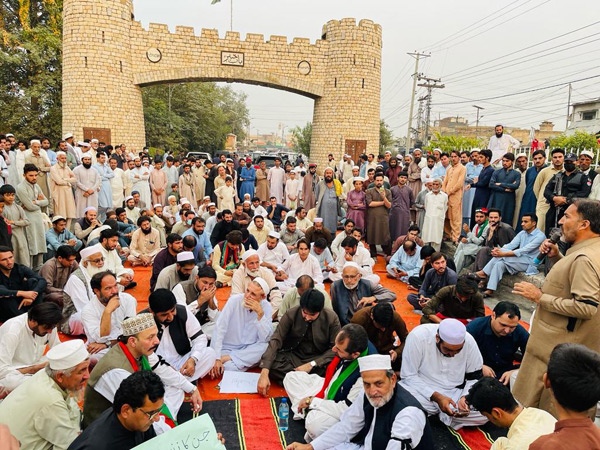 Some PTI supporters jumped the Governor House’s gate while holding PTI flags in their hands and placing them on the gate, while others tried to trespass barriers placed by law enforcement. Meanwhile, lawyers of the Insaf Lawyer’s Forum also gathered at the venue earlier.

Karachi Police baton-charged and fired tear gas shells at the protesters on the city’s crucial artery to ensure their dispersal.PTI MPA Raja Azhar Khan sustained injuries due to the police’s baton-charge and stampede on Shahrah-e-Faisal. He vowed to move court against SSP South.”Shelling and rubber bullets cannot bring down our morale,” he added. Police, however, said that around 300 to 500 protesters were heading toward Metropole from the Gora Qabaristan (Christian’s cemetery). The protesters did not stop despite several warnings. Finally, the police used tear gas near Jinnah Hospital Mor to disperse the protestors.Two hours after the clashes, the police finally managed to disperse the protesters and fully restore the vehicular traffic on Shahrah-e-Faisal. 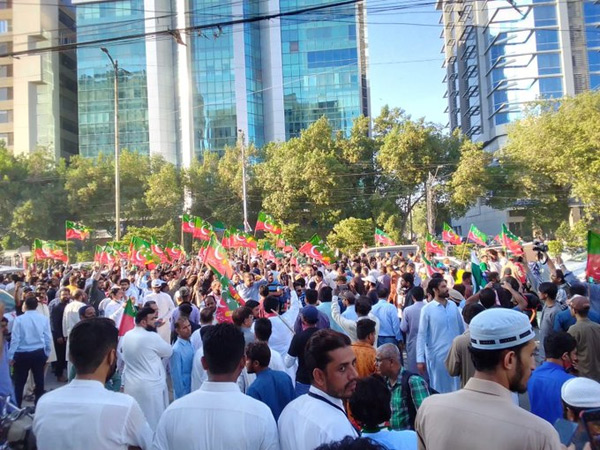 In Peshawar, protestors gathered at and blocked the Motorway Interchange. They are raising slogans against the federal government and in favour of Khan. In Quetta, party workers are protesting at the MannanChowk where provincial leaders are also present.

In Hyderabad, supporters are protesting at the Haider intersection, while protesters are also gathered in Tharparkar’s Kashmir intersection.