It’s lovely to live in front of sea: Shahrukh Khan 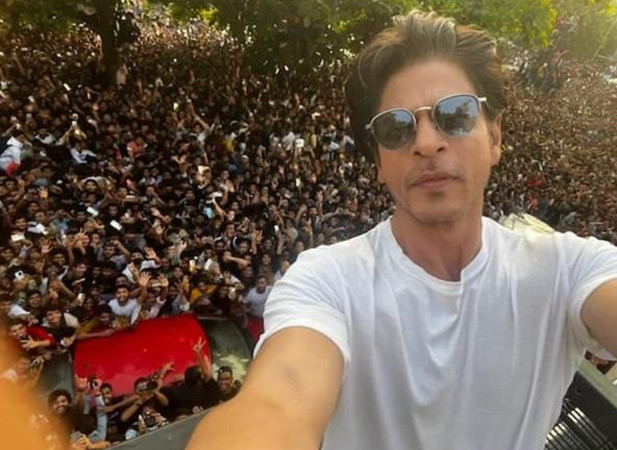 On his 57th birthday, thousands of fans showed up outside his residence to express their undying love for him. Khan rose to fame through variety of characters. From an obsessive lover in Baazigar to a charming teacher in Mohabbatein, he has done justice to every role he picked. His chemistry with all 90’s heroines has been sizzling and he has done an equally remarkable job with lead actresses on this decade.

The romance king turns a year older and receives insane amount of affection from his fans. He has won hearts throughout his career hence even after decades, people from all age groups adore him.

The King Khan was overwhelmed by all the love he received on his birthday. Taking to his Instagram, the actor wrote, ‘It’s so lovely to live in front of the sea…..the sea of love that spreads all around me on my birthday….thank u. Grateful for making me feel so special….& happy.’

The post shows a picture of the actor taking a selfie while a sea of fans in behind him, excited and cheering in happiness.

On the work front, Shah Rukh Khan’s Pathaan teaser is out.