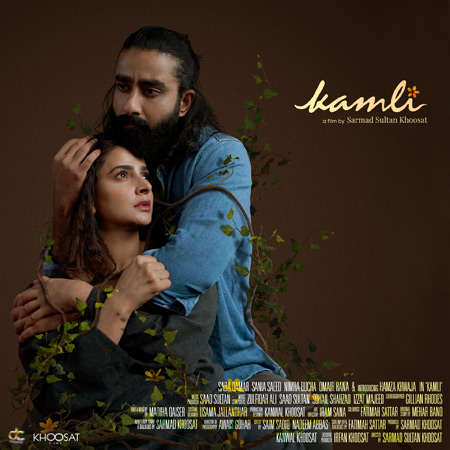 Veteran actor Simi Raheal, who watched the original Maula Jutt on the big screens in 1979, gave a chance to Bilal Lashari’s reimagined version of the cult classic, The Legend of Maula Jatt and if there’s one thing she has to say to her followers, it’s that “it’s finally time to go to cinemas again, Pakistan!”

The Khuda Ke Liye actor took to her Instagram with Fawad Khan’s poster as Maula Jatt and penned a long note on how she liked the “updated fantastic” version. Recalling her experience of watching the Mustafa Qureshi-starrer, she wrote, “It was a long time ago that we went to watch the original Maula Jatt, I believe it was 1979! We enjoyed it even though it was blood gore and just otherworldly. It was truly a cult movie! Maula Jatt was the beginning of a new audio-visual drama in the Pakistan film industry.”

She went on to praise Lashari’s direction and made comparisons of his art to Quentin Tarantino’s Kill Bill and Ridley Scott’s Gladiator. “Recently, we saw the updated fantastic Legend of Maula Jatt in 2022 by Bilal Lashari and it was an incredible cinematic experience. The imaginary world, and an ambiguous time frame, all influenced by multiple visuals we have enjoyed over the years. Kill Bill, Mad Max and then comes this legendary film. The fusion of the Pehelwans Akhaara and the Gladiators, that’s nicely done, Bilal Lashari!”

Raheal also commended the actors’ performances in the film. “The actors did a great job, some more, some less. Fawad Khan is a supernova! And Faris Shafi is a wonderful addition.

The director actualised the visuals of his dream and influences for us to enjoy. His access to locations made the drama real!”

In awe of the film’s magical universe, the Sabaat actor urged her followers to go to the movies again because, with Kamli, Joyland and The Legend of Maula Jatt, she believes that Pakistani cinema is back again and now is here to stay! “When one has a dream and is supported and facilitated economically and physically, they achieve! They create magic. Once again, The Legend of Maula Jatt has made directors and writers rethink their filmmaking. Once again, the cinematic tide changes! Pakistani cinema is here to stay with Kamli, Joyland and now The Legend of Maula Jatt. The diversity and the artistry of these directors, Sarmad Khoosat, Saim Sadiq and Bilal Lashari, is not only a joy but an absolute audio-visual delight.”

Applauding Nadeem Mandviwala for his patience and strategy with The Legend of Maula Jatt, Raheal exclaimed, “Let’s go to the movies, Pakistan!” with a green heart to conclude.