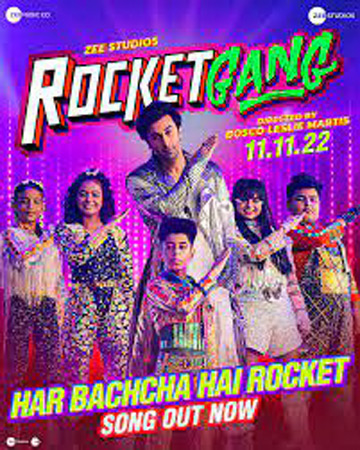 Bosco Leslie Martis directed Rocket Gang is almost out and the makers are indeed gearing up for a smashing release. After releasing some feet-tapping scores from the dance film, Rocket Gang is back with one of the sassiest tracks. The makers finally released the most awaited song of the film, featuring actor Bollywood heartthrob Ranbir Kapoor. In the song, Kapoor dances to the infectious beats of ‘Har Baccha Hai Rocket’ alongside the cool gang and adds to the energy of the film.

Fans of actor Ranbir Kapoor could not keep their calm as soon as they saw the dance video and started showering their love in the comments section. “Ranbir kapoor with the chillar party. OG vibes,” commented one user. “Rk on screen is just like magic happening all over the frame,” added another user with a fire emoji.

As the makers are gearing up for the release of the film, the promotions are just raising the audiences’ curiosity around the film. ‘Rocket Gang’ is a dance horror-comedy drama directed by Bosco Leslie Martis and produced by Zee Studios. With this film, renowned choreographer Bosco Leslie Martis will be seen debuting as a director. Rocket Gang hits theaters on November 11, 2022 and is a perfect children’s Day treat. The film stars Aditya Seal, Nikita Dutta, Jason Tham, Sahaj Singh Chahal, Mokshda Jailkhani, Dipali Borkar, Tejas Varma, Jayshree Gogoi, Aadvik Mongia & Siddhant Sharma.