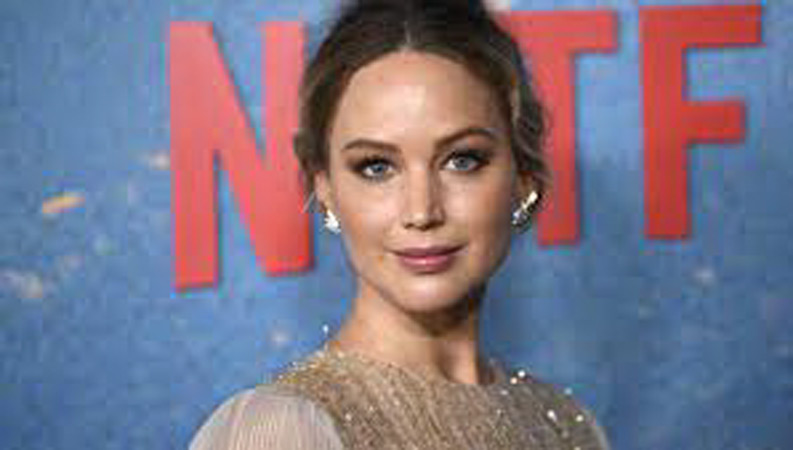 Jennifer Lawrence is reflecting on her space misadventure. The Oscar winner recently revealed that Adele advised her against taking a in the 2016 sci-fi romance Passengers, which starred Jennifer and Chris Pratt as a couple whose hibernation aboard a spacecraft is disrupted 90 years early. While the actress didn’t listen at the time, she wishes she had taken her pal’s advice.

“Adele told me not to do it!,” Jennifer told The New York Times Nov. 2. “She was like, ‘I feel like space movies are the new vampire movies.’ I should have listened to her.”

Acknowledging that the film was not well-received upon its release, The Hunger Games star said she agreed with the critical response. “I was like, ‘Oh no, you guys are here because I’m here, and I’m here because you’re here,” the 32-year-old shared. “Wait, who decided that this was a good movie?'”

Jennifer explained that she felt like she’d stopped listening to her gut somewhere along the way, saying, “Everything was like a rebound effect. I was reacting, rather than just acting.”

But this isn’t the first time the star cited Passengers as a career mistake. Looking back at a string of films she’d made before taking a break from acting in 2019, she told Vanity Fair in 2021, “I was not pumping out the quality that I should have. I think everybody had gotten sick of me. I’d gotten sick of me.”

She added, “It had just gotten to a point where I couldn’t do anything right. If I walked a red carpet, it was, ‘Why didn’t she run?'”

Jennifer made her return to acting in 2021 with the star-studded Netflix movie, Don’t Look Up.

And viewers can look forward to seeing the American Hustle actress back on their screens in the drama Causeway which hits theaters and Apple TV+ Nov. 4.