Violence should have no place in Pakistan’s politics 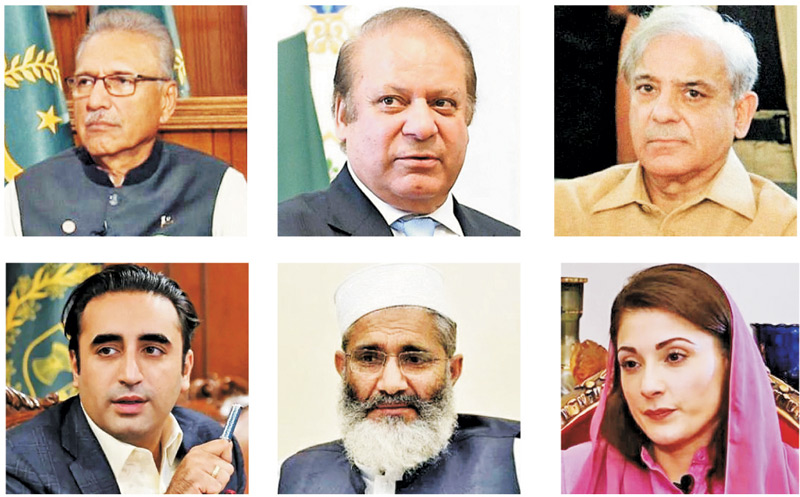 Prime Minister Shehbaz Sharif on Thursday strongly condemned the firing at Chairman Pakistan Tehreek-e-Insaf Imran Khan in Gujranwala and assured support to Punjab government on investigation and security.”I condemn the incident of firing on PTI Chairman Imran Khan in the strongest words,” he said in a series of tweets. He prayed for the recovery and health of PTI chairman and other injured people.Shehbaz Sharif directed the Interior Minister for an immediate report into the incident and assured the support of the Punjab government for security and investigation.

“Federal government will extend all support necessary to Punjab government for security and investigation,” he said.He stressed that “violence should have no place in our country’s politics”.

On Twitter, the president thanked Allah Almighty that “brave” Imran Khan remained safe though injured with “few bullets” in his leg.

“Heinous assassination attempt on the brave Imran Khan. I thank Allah that he is safe but injured with few bullets in his leg and hopefully non-critical,” the president tweeted.

PML-N supremo Nawaz Sharif, PPP Co-chairman Asif Zardari, Prime Minister Shehbaz Sharif, and Foreign Minister Bilawal Bhutto-Zardari, among other leaders, condemned the incident in “strongest words.””I condemn the firing on Imran Khan and his associates and pray for the recovery of the injured,” tweeted Nawaz.

Foreign Minister Bilawal Bhutto-Zardari also took to his Twitter handle to condemn the incident.”Praying for his swift recovery,” he wrote on Twitter.

Asif Zardari said also decried the attack on Khan and said that prayed for his speedy recovery.”The matter should be thoroughly probed,” Zardari said.

Maryam Nawaz also condemned the attack and prayed for the safety and quick recovery of the injured.She termed the firing incident as “unfortunate”. “May Allah protect Imran Khan and Faisal Javed Khan,” she wrote.

Assailing the politics of “bullets and bad words”, Jamaat-e-Islami (JI) Chief SirajulHaq took to Twitter and condemned the attack on the former premier.

QaumiWatan Party’s Chairman Afghan Ahmed Khan urged the federal government to take all necessary measure to ensure law and order in the country. He also called for thorough probe in the assassination attempt on the former premier.