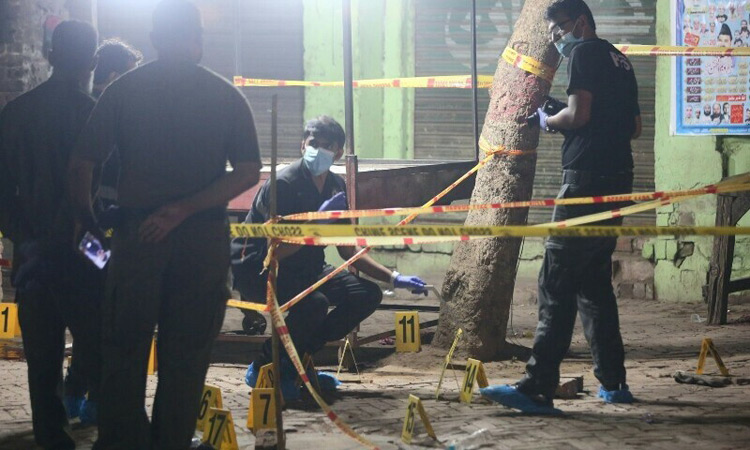 The attack on former prime minister and Pakistan Tehreek-e-Imran (PTI) Chairman Imran Khan in Wazirabad on Thursday was launched from three different directions while at least three individuals were involved, police said.

Police and eyewitnesses said that the bullets were fired from three different directions. One of the assailants, they said, fired at the container from the roof of a nearby workshop.

Earlier, it had been claimed that there was only one attacker who had been apprehended by a member of the crowd.He was identified as Naveed ‘Thua’ (Punjabi slang for scorpion). He confessed to launching the attack unilaterally in a confessional video statement recorded and released by the police. The suspect was sent to Saddar police station in Gujrat. Police said that they had recovered a 9mm handgun from the suspect along with four magazines.Another man had then been arrested by the Punjab Police.

Meanwhile, the Punjab police have said that they are searching for a third one with a search operation launched in the area using sniffer dogs.Meanwhile, the police have sealed the area where the attack took place.They have also cordoned off the PTI container with forensics collecting evidence.