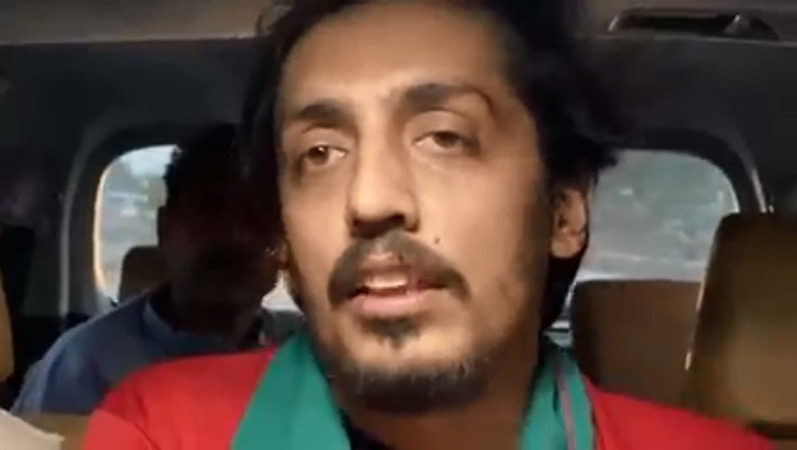 Pakistan Tehreek-e-Insaf (PTI) supporter Ibtesaam who wrestled the assailant who allegedly shot at party chief Imran Khan and other leaders said on Thursday that he grabbed onto the assailant in an effort to mar his aim.

Talking to media personnel, Ibtesaam stated that he was 10 feet away from the container when he saw the gunman load his weapon and fire once.”I ran towards him. He had both his hands up while I tried to pull him down. This ruined his aim and he fired downwards,” he detailed.

Ibtesaam said he grabbed at the pistol after which the weapon fell to the floor and the attacker tried to flee.”I ran after him and caught him. Soon after the police came and captured him,” he stated.

Social media was quick to laud him a “hero” who stopped the alleged assassination.Former premier’s ex-wife Jemima Goldsmith also lauded the PTI supporter as a hero. Indian anchorperson Shubhankar Mishra uploaded a video of the incident unfolding with Ibtesaam trying to stop the gunman from firing.”This is the hero who saved the life of Imran Khan,” he said.

Others dubbed him the “biggest hero” who played a “major role” in saving the former premier’s life. A video showed crowds lifting Ibtesaam up and praising him.Comedian Jeremy McLellan gave a “shout out” to the “hero who jumped in to stop the assassination attempt on Imran Khan”.