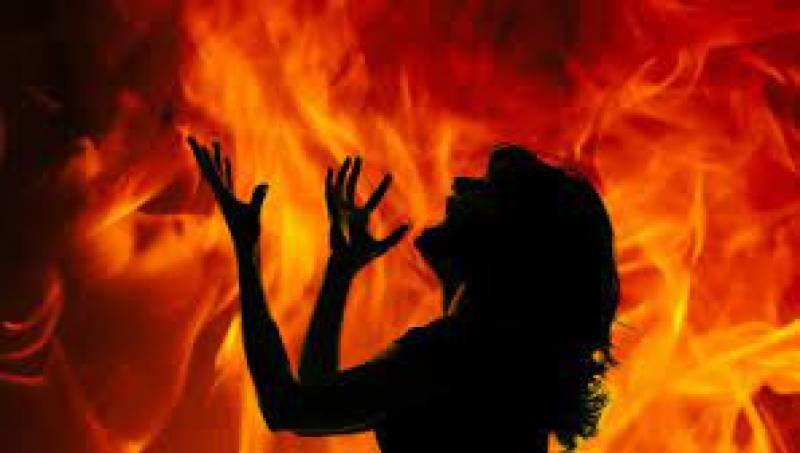 In a shocking incident, a Lahore man ‘raped’ his mother-in-law and set her on fire after a marriage refusal on Thursday.

According to police, the incident took place in Lahore’s Sherakot area where a 40-year-old woman alleged that her son-in-law raped and later set her on fire over her refusal to marry him.

“My son-in-law wanted to marry me and upon refusal, he raped and set me on fire,” Shazia alleged.

The woman has been shifted to Meo Hospital where 80 per cent of her body has sustained burn injuries.

Meanwhile, the police team has arrested Mahmood, the son-in-law of Shazia over the allegations and added that they are investigating the matter in light of the woman’s claims.

Earlier in June, a 10-year-old girl was reportedly raped by three men including a local shopkeeper in the Chanesar Goth area of Karachi.

According to details, the father of the girl has filed a rape case in the Mehmoodabad Police Station. The girl was taken in a rikshaw to a house forcefully, where the local shopkeeper Kahiru and his two accomplices raped the 10-year-old, the father claims.