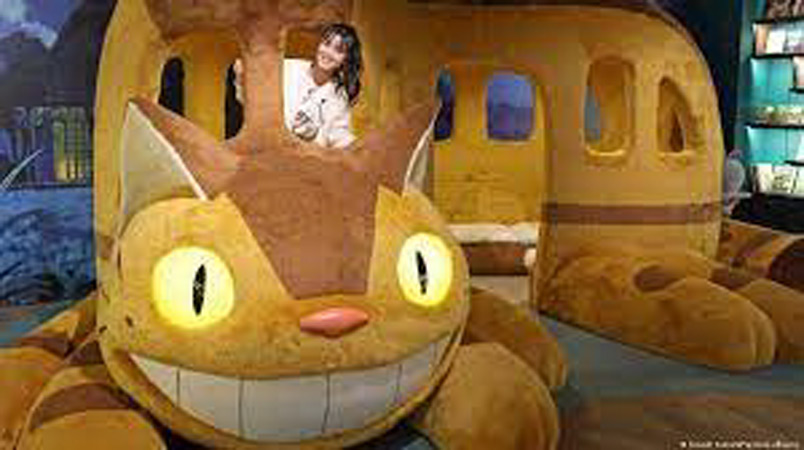 Arriving at Ghibli Park, located about an hour by train from Nagoya, some 300 km from Tokyo, one is taken by surprise. At the north entrance gate, perched on a pillar is the figure of “Catbus” – a cat with a bus-like body that was an emblematic character of Studio Ghibli’s 1988 film “My Neighbor Totoro.”

Ghibli Park is nestled in a vast public space, the Moricoro Park, which boasts stately wooded hills. It is located in the city of Nagakute, in Aichi Prefecture, which was home to the 2005 World Expo.

Partially dormant since then, some pre-existing infrastructure, such as the large building at the park’s entrance, has been repurposed by the Ghibli Park project that spans almost seven hectares out of the almost 200 hectares that make up Moricoro Park. The theme park is divided into five areas: Hill of Youth, Ghibli’s Grand Warehouse, Dondoko Forest, Mononoke’s Village and the Valley of Witches – all of which are inspired by the studio’s most famous films. For now, the first three spaces are open to the public while the latter two will open next year.

The unique approach to the park’s design reflects Studio Ghibli principles, as nature and ecology play an essential role in its movies – thereby breaking with major theme parks like Tokyo Disneyland or those of Universal Studios.

In designing the space, it was ensured that “trees shouldn’t be cut down or changes made to the environment.”

There are no rides or attractions here. The place is meant to be “a hybrid place, between a park and a museum,” said Goro Miyazaki, son of Japanese anime creator Hayao Miyazaki and co-founder of Studio Ghibli. He told the press that the park aimed “to preserve Ghibli’s works for future generations so that they would not be forgotten.” The place, which cost 34 billion yen to build – half the price of Super Nintendo World, the latest addition to the Universal Studios park in Osaka – invites visitors to immerse themselves into the studio’s films through life-sized reconstructions of the most emblematic scenes from the world of Hayao Miyazaki and other Studio Ghibli filmmakers.