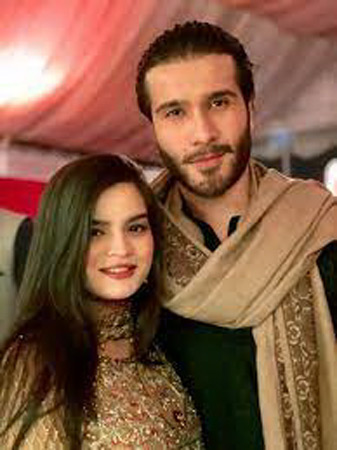 The lawyer of actor Feroze Khan has claimed that the evidence provided by Aliza Sultan in the court is fraudulent. Feroze Khan and Aliza Sultan’s separation gained social media attention when the latter released pictures of abuse alongside her medico-legal report and a copy of the FIR filed against the actor.

However, Khan disputed the accusation and filed a lawsuit against his ex-wife for submitting “fake documents”.

The lawyer of the actor claimed that Sultan misguided the court by providing an invalid FIR application which holds no legal significance.

He said that Sultan accepted that the application for domestic abuse against Khan was never submitted to the police station, and it was a draft.

Raza said, “The lawyers are saying that the pictures are of an eye allergy, well, in eye allergy, the eye doesn’t swell, also, they are not talking about the forensic of the pictures.” He added, “There are many pictures of Aliza which they have as evidence.”