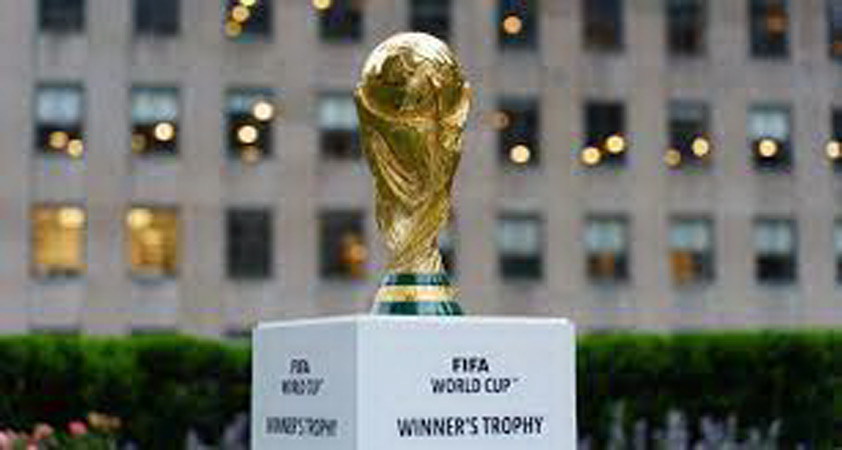 PARIS: Qatar will have to spring a surprise to avoid becoming only the second host nation to be knocked out of a World Cup in the first round, with the Netherlands and Senegal favourites to progress from Group A. The Asian champions will open the tournament on November 20 against Ecuador in Al Khor, after the tournament start date was moved forward to allow the home side to play the first match. The Qatar squad spent almost four months in near-lockdown to prepare for the tournament, but have struggled in recent friendlies — losing to Canada and a Croatia Under-23 team. “They are preparing for a World Cup for the first time in their lives. These players are sacrificing their time, they are staying away from home, from their families,” former Qatar player Mohamed Mubarak al-Mohannadi said in September.

The only time the hosts fell at the first hurdle was when South Africa went out in the 2010 group stage. Qatar will be quietly confident of making an impression in their first appearance at the global showpiece, though, having won the 2019 Asian Cup and reached the semi-finals of the Arab Cup 12 months ago. Ecuador have qualified for only their fourth World Cup and will be the underdogs in the group.

Three-time losing finalists the Netherlands, featuring Liverpool centre-back Virgil van Dijk and several exciting young players including PSV Eindhoven’s Cody Gakpo, take on Senegal the following day. All five African teams failed to reach the knockout phase of the 2018 edition in Russia, although Senegal will be expected to get through this time after the heartbreak of missing out to Japan four years ago only due to their worse disciplinary record. Sadio Mane, who finished second in this year’s Ballon d’Or voting to Karim Benzema, will lead a strong squad who won their first ever Africa Cup of Nations title in February.

Aliou Cisse’s men will have to cope with the weight of expectation, as their fans hope to see the side become the first from Africa to reach a World Cup semi-final. Coach Cisse was part of the Senegal team which made a surprise run to the 2002 quarter-finals, beating defending champions France on the way. The Dutch return to the finals after missing out on qualification for Russia. Louis van Gaal, who took them to a third-place finish in 2014, is back in charge and the Oranje are unbeaten since being dumped out of Euro 2020 by the Czech Republic, without the injured Van Dijk. The winners of Group A will face the runners-up of Group B — containing 2018 semi-finalists England, the United States, Iran and Wales — in the last 16. “My personal goal is to become world champion and I want to pass that on to my players, even if it sounds like I’m being arrogant,” said the 71-year-old Van Gaal. “I’m not doing it for myself but for Dutch football.” Van Gaal, who earlier this year revealed he had been receiving treatment for prostate cancer, will end his third spell as Netherlands coach after the tournament and be replaced by Ronald Koeman. The Netherlands will be without experienced midfielder Georginio Wijnaldum who suffered a broken leg just one game into his loan spell at Roma from Paris Saint-Germain.