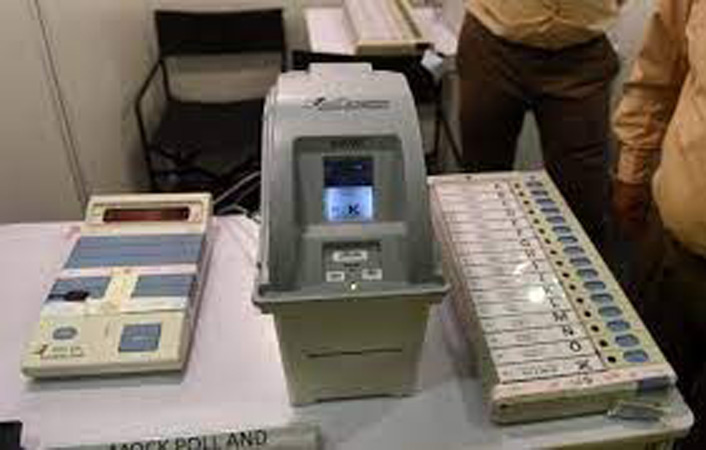 The Election Commission of Pakistan on Wednesday decided to ask the federal government for additional funds for its electronic voting machines (EVM) and I-voting (voting for overseas Pakistanis) pilot project.

During the meeting, the commission’s pilot project on the use of EVMs and internet voting procedure for overseas Pakistanis was discussed. “Keeping the elections and voting process transparent is the fundamental responsibility of the electoral body,” Raja said.

While speaking about the importance of adopting new methods, he said, “We will have to adopt the latest technology in the electoral process but at the same time, it is crucial to ensure the secrecy of vote.” The additional funds will be used for greater testing of EVM and I-voting mechanism, training of staff and piloting the project. “Pilot testing of the EVMs and training related to its operation will be part of the election management system,” Raja added.

Earlier, the lower and upper house of Parliament had reversed the law that enabled the use of EVMs and called for enabling tandem voting for overseas Pakistanis by passing the Election Amendment Bill 2022. However, on June 4, President Arif Alvi refused to give assent to the bill and returned the bill unsigned, terming it regressive in nature. Later, during a joint sitting of the Parliament, the bill was steamrolled through the parliament on June 9.