Khawaja Asif believes no martial law will be imposed 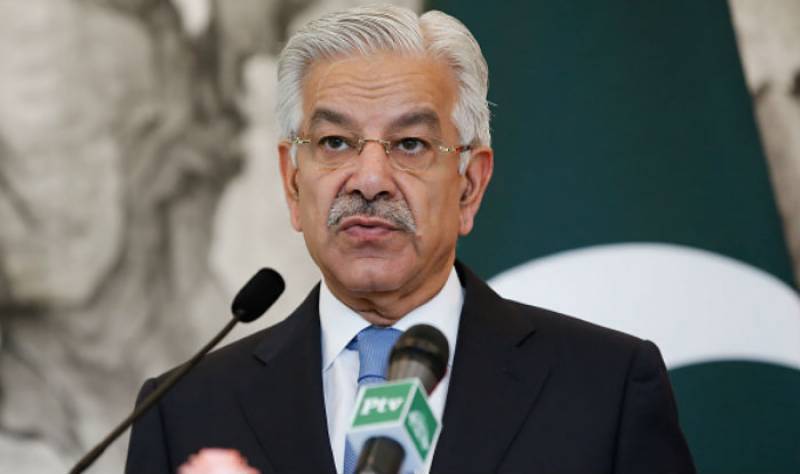 Khawaja Asif believes no martial law will be imposed

Federal Defence Minister Khawaja Asif ruled out the possibility of martial law in the country, saying he is sure that martial law will not be imposed. The minister said, “The Pakistan Army has returned to its constitutional role as the institution has learned its lesson from the past and seeks to safeguard its grace and prestige.”

“The real issue of Imran pertains to the army chief. He [Imran] kicked up the issue in October last year as he wanted 2018-like elections and he sought to stay in power for five years or rather ten years,” he said.

Imran Khan uttered a filmy dialogue that he does not fear martial law, he said.

The distortions and confusions in Pakistan’s political culture are mainly due to martial law as politicians look towards the Pakistan Army for help, he said. The defense minister referred to Imran Khan as an opportunist, calling it a mistake to rely on him given that Imran frequently disparages his backers. Even his family does not rely on him, he said.

The PML-N leader said the coalition government does not want confrontation, but he does. “The day before yesterday, he said he is in contact with the establishment. However, his contact is nothing but a mere meeting took place at a wedding,” he asserted.

Replying to a query regarding the long march, he said the government would deal with it as their protest march reaches Islamabad. The long march is reduced to a short march now, he said.

Speaking to journalists in Faisalabad, the former federal minister said that the government is “extremely afraid” and is not conducting elections in fear of losing to PTI.

“The government is extremely afraid. Not afraid of anyone else but its own nation,” he said, adding that if the government believes in democracy, it should conduct elections.

“They know that the Pakistan Democratic Movement will end if elections take place,” he said during the presser.

Criticising Interior Minister Rana Sanaullah for holding pressers on a regular basis, the PTI leader said: “How many press conferences do they organise after employing police from all the provinces? Rana Sanaullah has been pompous, but he has proven to be an unsuccessful interior minister.