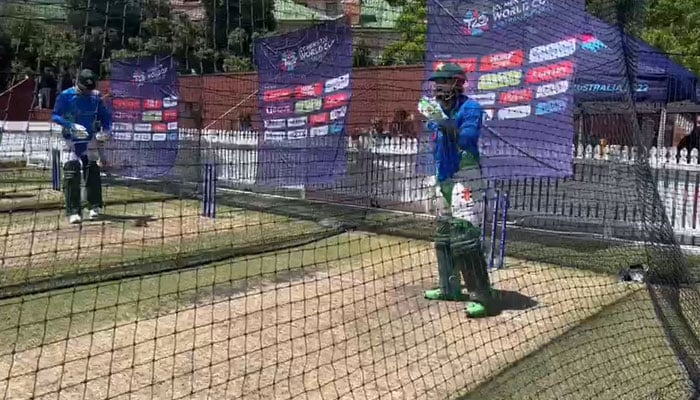 The Pakistan national cricket squad continued match practice ahead of a critical match against South Africa in the ICC Men’s Twenty20 World Cup currently underway in Australia.  Pakistan will take on confident South Africa tomorrow at the Sydney Cricket Ground as the hopes of the Men in Green for cruising into the semifinals are tied with a thin cobweb.

Pakistan need to win all their remaining matches. For Pakistan to have a taste of good luck, Bangladesh will have to beat India in today’s match, starting at 1pm.

South Africa are in excellent form with five points and a remarkable NRR of 2.772, which they can improve if they down Pakistan and Netherlands in their remaining fixtures.

However, in their last three faceoffs against Pakistan, South Africa have never won in T20 World Cup matches as the two teams played three times.

Pakistan will next face Bangladesh.