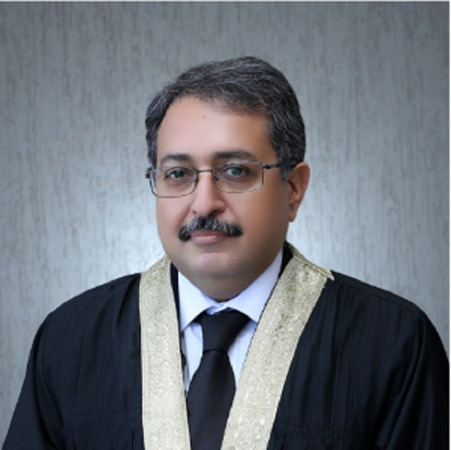 The Judicial Commission of Pakistan (JCP) on Tuesday approved the nomination of Senior Puisne Judge Justice Aamer Farooq as the new chief justice (CJ) of the Islamabad High Court (IHC).

The JCP meeting was held under the chairmanship of Chief Justice of Pakistan (CJP) Umar Ata Bandial to consider the appointment of the IHC CJ. The meeting was attended by senior judges of the Supreme Court, Law Minister Ayaz Sadiq, Attorney General for Pakistan Ashtar Ausaf Ali, representatives of the Pakistan Bar Council and other members.

Under Article 175-A of the Constitution, the JCP recommended the appointment and confirmation of the judges, whereas the Parliamentary Committee on Judges Appointment endorsed these recommendations.

The IHC CJ office was vacated after the JCP last week appointed Justice Athar Minallah to the Supreme Court. Justice Farooq took oath as an additional judge of the IHC on January 1, 2015, and on the JCP’s recommendation, he was confirmed as a judge of the high court on December 23, 2015.

During seven years in the IHC, he decided over 10,000 cases in the single bench and about 5,000 cases in the division bench. He authored landmark judgments in criminal, civil and corporate matters.

Justice Aamer Farooq got his Senior Cambridge certificate in 1986 from St Anthony’s High School Lahore and his Higher Senior Cambridge certificate from Aitchison College in 1988. He secured his LLB degree from London University and qualified as a Barrister-at-Law from Lincoln’s Inn in 1993. He was enrolled as an advocate of the Lahore High Court in 1994 and as an advocate of the apex court in 2007. He established his law practice in Lahore with an office in Islamabad as well, mainly dealing with banking, commercial, tax, and civil matters. From 2009 until his elevation, he was part of the adjunct faculty at the Lahore University of Management Sciences.