AP Dhillon injured on tour, cancels shows in US 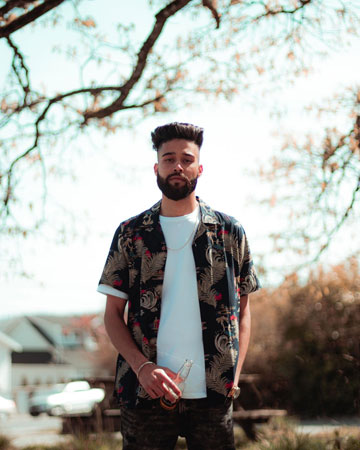 AP Dhillon got hurt in the US show and the singer’s injury on tour forced an end to his current US and Canadian tour. He posted a photo of himself, apologised to his followers for cancelling his US gigs, and provided alternative dates.

After being hurt, AP Dhillon had to cancel some of his US performances. The Indo-Canadian singer expressed regret to her followers and pledged to make up for it with further performances.

On Tuesday, he shared a photo of him seemingly in a hospital bed. “To all my fans in California… It breaks my heart to inform you that my shows in San Francisco and Los Angeles are being postponed due to an unfortunate injury that I suffered while on tour,” he wrote.

In the picture, he appears to be wearing a blood pressure finger monitor on his right index finger and a bandage and brace on his right arm.

The ‘Brown Munde’ singer reassured fans he is doing well and told them he is expected to fully recover. “However, I will not be able to perform at this time. I have been waiting eagerly to see you all and apologise for any inconvenience this may cause you. See you all in a few weeks. Hang on to your tickets, they will be valid for the newly scheduled dates,” he added.

The singer posted the updated schedule in his next story.

The Out of This World Tour of Dhillon began on October 8 in Vancouver’s Rogers Arena, according to Hindustan Times. The artist, who was born in India and raised in Ontario, is currently on tour across Canada and the US, stopping in 10 cities including New York, Atlanta, Calgary, and Toronto.

The songwriter, who is renowned for fusing many musical styles with Punjabi songs, achieved success with the 2019 release of “Fake,” which featured G Minxr. Since then, he has amassed a large following thanks to his several international hits.