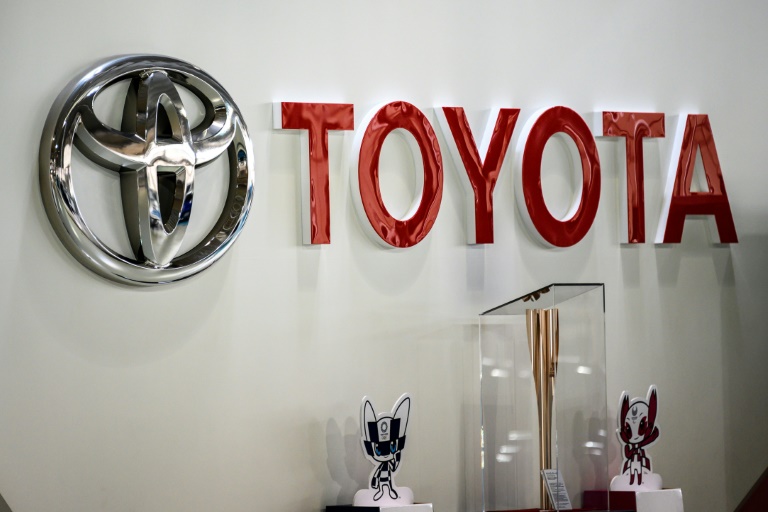 The world’s top-selling automaker said it now expects to sell half a million fewer vehicles in the current financial year because of the global chip shortage and other problems.

“It is still difficult to predict the future due to risks such as procurement of semiconductors. Therefore, we decided to revise our (full-year production) plan to 9.2 million units,” the company said in a statement.

The weak yen should help inflate revenues, however, and the carmaker now predicts annual sales worth 36 trillion yen ($240 billion), up from the previous forecast of 34.5 trillion yen.

Japanese exporters have reaped the benefits of a cheaper yen, which has lost more than 20 percent of its value against the dollar this year.

Buoyed by forex rates, Toyota had in August upgraded its full-year net profit forecast to 2.36 trillion yen, which it maintained on Tuesday.

The company said higher material costs pushed down its profits in North America in the first half, while business in Europe was affected by its decision to pull out of Russia.

Production of Hybrid Vehicles in Pakistan

Ali Asghar Jamali, CEO of Toyota IMC, revealed that the business hopes to start selling HEVs in Pakistan within the next two years during the quarterly performance review session. Toyota will sell its first HEV before July 2024, according to Jamali without mentioning a specific vehicle.

Corolla Cross will be Toyota IMC’s first locally built hybrid vehicle in Pakistan, unlike in India. The small SUV is currently available for purchase in Pakistan as a CBU import, with a starting price of Rs. 12.25 million.

The CKD version of the Corolla Cross would cost at least Rs. 8 million in Pakistan due to the ongoing inflation problem, which is very pricey. It’s unclear when small cars will arrive in Pakistan because they don’t appear to be on Toyota Pakistan’s current agenda.