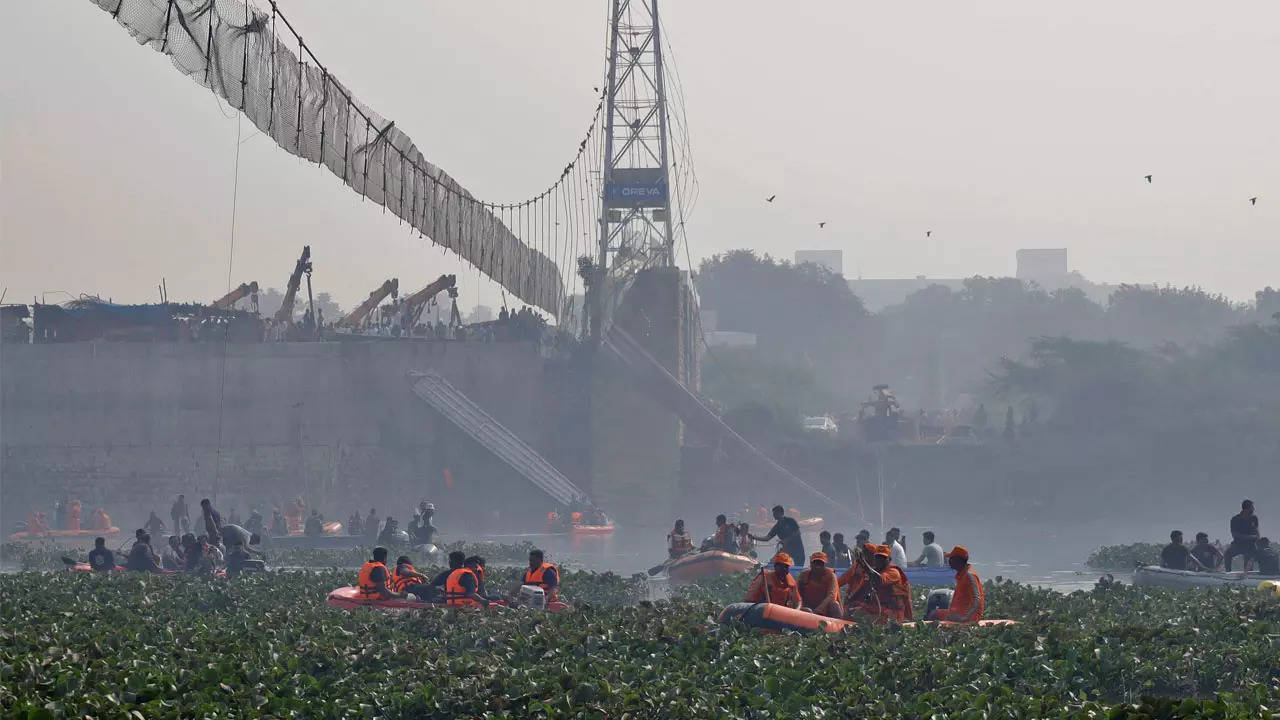 The death toll from an Indian footbridge collapse rose to 135 on Tuesday with search operations entering the third day, although authorities said nearly all those believed to have been missing are now accounted for.

The colonial-era suspension bridge over the Machchhu river in Morbi was packed with sightseers — many in town to celebrate the Diwali and Chhath Puja festivals — when it broke on Sunday evening, sending people plunging about 10 metres (33 feet) into the water.

Authorities said they believe that around 200 people were on the bridge when it collapsed.

“One person who was injured in the incident and admitted to the hospital succumbed to his injuries, taking the toll to 135,” GT Pandya, a senior administrative official in Morbi, told Reuters.

“Search operations have begun again today. We believe one person is missing at present.”

Local residents at the scene of the wrecked bridge on Tuesday told Reuters, however, that they believed more than 200 people were on the bridge and fear the death toll could rise further.

Indian army, navy and national disaster response teams continued search operations as locals gathered on the banks of the river.

The bridge — 233 metres in length and 1.25 metres wide — was originally built in 1877 and had been closed for six months for repairs until last week.

CCTV footage of the incident showed a group of young men trying to rock the bridge from side to side while others took the photos before they tumbled into the river below as the cables gave way.

Indian police arrested nine people on Monday on charges of culpable homicide not amounting to murder. Those arrested included ticketing clerks accused of letting too many people onto the bridge and contractors that had been in charge of repair work.

The western state of Gujarat, where Morbi is located, declared Wednesday would be a day of mourning.

India’s Prime Minister Narendra Modi, who hails from Gujarat and was the state’s chief minister for close to 13 years, will visit the industrial town later in the day.

Modi, who had been touring the state which has elections due by early next year, is expected to visit the disaster site and Morbi hospital, officials said.

Modi’s Bharatiya Janata Party was attacked by opposition parties for what they called an unseemingly fresh paint job for the hospital ahead of the prime minister’s visit.

US President Joe Biden was the latest to mourn the loss of lives, many of whom were children.

“In this difficult hour, we will continue to stand with and support the Indian people,” Biden said in a statement.