Only way is up: T20 winner Sammy says West Indies must develop youth 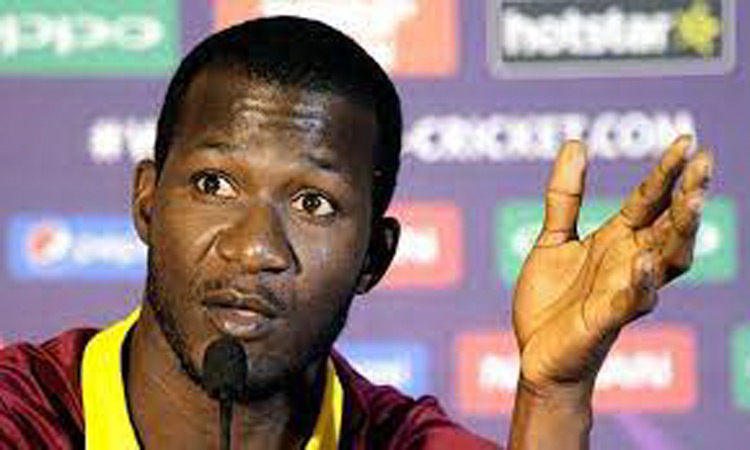 PERTH: Former captain Darren Sammy said the failure of the West Indies to groom young talent has seen them hit rock bottom, culminating in the former cricket powerhouse crashing out of the Twenty20 World Cup with embarrassing defeats to Scotland and Ireland. The two-time champions failed to make it through the first round at this year’s tournament, prompting coach Phil Simmons to announce he will quit after the Test series in Australia starting November 30. Sammy was sad about the West Indies’ early exit but stressed they had only themselves to blame for a situation long in the making, with the management unable to find replacements for their former greats.

“That’s contrasting feelings. Quite disappointing and sad, but we put ourselves in that situation,” Sammy, who was West Indies captain when they won the T20 World Cup in 2012 and 2016, told reporters in Perth late on Sunday. “Every establishment, any working environment that includes a team, when players are leaving you must pave the way and prepare the way for their exit,” he said. “We had no plan in 2020. And 2021 came upon us and we still didn’t have a plan and we ended up bringing back guys who were obviously past their prime and again you have just been poor tactically.”

The tournament was delayed due to the coronavirus pandemic in 2020 and rescheduled with India hosting the event last year in the United Arab Emirates followed by Australia this year. The period witnessed West Indies losing top names including Kieron Pollard and Dwayne Bravo to retirement. Chris Gayle has not quit but is clearly over the hill at 43. Johnson Charles, who last played a T20 for West Indies in 2016 before this tournament, and Evin Lewis were recalled for the T20 World Cup.

‘Uphill from here’: “We can only go up from there, that gives me hope,” Sammy said. “I don’t think we can go any lower from where we are now and it’s only uphill from here.” Sammy called for Nicholas Pooran, who was announced as white-ball skipper after Pollard’s retirement early this year, to be given time. “Nick is still young and he has got so much time to learn. I know he is a passionate guy,” Sammy said of the 27-year-old Pooran, a left-handed wicketkeeper-batsman. “I was a young captain too, but I had to learn on the job quite quickly. You know how I turned out to be a leader. You never write off anybody.”

Sammy praised India’s Rohit Sharma as an example of a good leader who can get the best from his players. Sammy, a powerful middle-order batsman and a pace bowler, said he was happy to see bowlers playing a bigger role on Australian pitches this time around than in the sub-continent, where West Indies won their two titles — in Sri Lanka and India. “I am a believer that batters win you games, but bowlers win you tournaments,” he smiled.