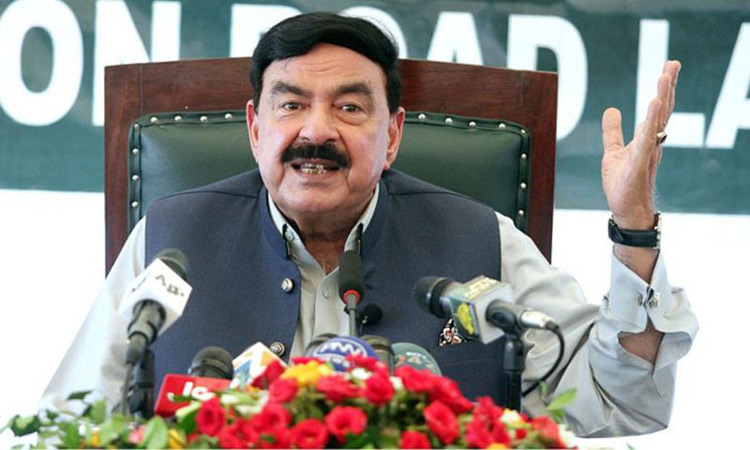 Awami Muslim League (AML) chief Sheikh Rashid has said that the PTI’s long march is only aimed at holding early elections in the country and the opposition does not want clash with the state institutions. “I can assure you that we are peaceful people. We can sacrifice our lives for peace but do not believe in violence,” he said while speaking to the media in Rawalpindi on Monday. Amid a tense political situation in the country, Rashid said the former ruling party wants to avoid confrontation and its sole demand is early elections. Speaking about the security measures being taken in the federal capital ahead of PTI’s long march towards Islamabad, the AML chief urged Rangers to “only focus on protecting state buildings”. He said it is expected that PTI’s Haqeeqi Azadi March caravan would reach Islamabad on Friday. “No matter whether you place thousands of containers or extend the Red Zone area till Lal Haveli thousands of people from Rawalpindi will participate in the long march.”