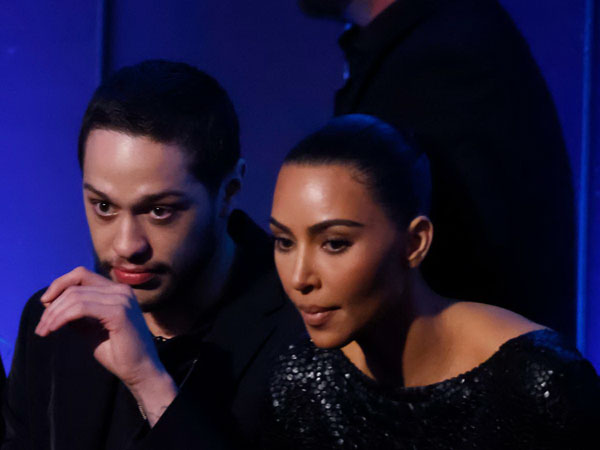 Pete Davidson lost his cool and threw things on the set of a major TV production amid speculation that Kim Kardashian dashed his hopes of a reconciliation, according to reports, According to a story in The U.S. Sun, the comedian was granted a break to “concentrate on himself” after having an emotional breakdown.

The King of Staten Island actor began tossing objects while filming Bupkis for an unspecified cause.

“Pete threw two candles through his trailer and damaged a second truck’s windshield,” the source told the outlet. “He also threw coffee on the walls and folded a TV in half inside his trailer.”

“Apparently, Pete’s been given some time off to get his (expletive) together and focus on himself,” the insider added.

The outlet further shared that Davidson was not present at the filming set on Friday following his breakdown.

This comes amid reports that Davidson wants to get back together with the Skims founder but Kardashian does not want to reconcile.

A source previously told the outlet that even though the former lovers “talk a lot” and have maintained friendly relations after their split, Kardashian has no intention to be in a relationship with him again.

In an Instagram post he wrote, “London, I know how you feel. I lost my Queen too”.

Although, the rapper didn’t make it clear if he was referring to Kim, but netizens are convinced that Ye’s “Queen” is his ex-wife.

The duo ended their relationship recently.

Earlier, he talked about co-parenting with Kim and a few days, ago he shared Kim Kardashian’s picture on his Instagram story without a caption, maybe this is how he is trying to gain his former partner’s attention.