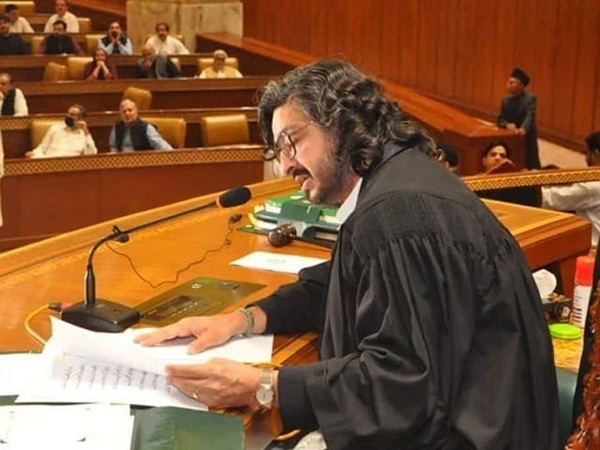 A magistrate in Lahore approved the two-day physical remand of former deputy speaker of the Punjab Assembly Dost Muhammad Mazari. Mazari was presented before a judicial magistrate’s court a day after he was arrested by the Anti-Corruption Establishment (ACE) Punjab. During the hearing, ACE Punjab’s lawyer had requested the physical remand of Mazari to complete the investigation. The court, after approving the remand, directed ACE Punjab to present the Punjab Assembly lawmaker in court on Tuesday. On Saturday, ACE Punjab arrested the former deputy speaker of the provincial assembly in an alleged land encroachment case. Confirming the arrest, his cousin Shabab Mazari said that the disgruntled PTI MPA was arrested when he was visiting his ailing grandfather Balakh Sher Mazari at a private hospital. Speaking to Geo News about the deputy speaker’s arrest, PTI’s dissident Member of the National Assembly Sardar Riaz Mehmood Khan Mazari said: “My father Balakh Sher Mazari has been unwell for 15 days. Dost Muhammad Mazari came to visit my father at the hospital.” The MNA revealed that ACE officials came to arrest Mazari at the hospital without any warrant or first information report (FIR). “Dost Mazari is being targeted in political vengeance,” Riaz Mazari said.