FAFEN for action in areas with less than 10% female turnout 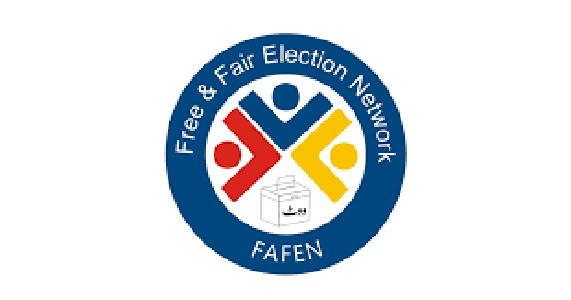 The Free and Fair Election Network (FAFEN) has exhorted the Election Commission to employ its constitutional and legal mandate to look into incidents of abysmally low turnout of women witnessed at more than 70 polling stations across five constituencies during the by-elections held on October 16, 2022.

Such instances of suppressed women voting at the polling station level go unnoticed as Section 9(1) of the Elections Act, 2017 empowers the Election Commission to declare a poll null and void or conduct a re-poll at all or some polling stations only when the overall turnout of women in a constituency remains below 10 percent of the total polled votes, said a press release on Sunday.

FAFEN, however, believes that Section 9(2) empowers the Election Commission to take cognizance of such instances of suppressed women voting at the polling station level and proceed against persons who may have been involved in restraining women from voting. The section authorizes the Commission to order the filing of a complaint before a court of competent jurisdiction against the responsible persons. In addition, the Election Commission also needs to direct the District Election Commissions (DECs) to conduct special voter education campaigns for women in polling areas that recorded low female turnout in the previous general election or recent local government or by-elections as required by Section 12 (c) of the Elections Act, 2017.

At the same time, the law needs to be tightened further to ensure that the suppression of women voting at the polling station level has a legal consequence and guarantees that the political parties and contesting candidates guard against women being barred or discouraged from voting in any polling area within their respective constituencies.

FAFEN says that its recommendation has been compelled by the analysis of Form-48 (Consolidated Statements of the Results of the Count Furnished by the Presiding Officers) of 11 National and Provincial Assembly constituencies where by-elections were held. According to these forms, there were 74 female polling stations in five constituencies where the voter turnout remained below 10 percent of the registered votes. These incidents of low women voting need to be investigated by the Commission as part of its efforts to make elections more inclusive and in an effort to deter such practices in the upcoming general elections.