* Shehbaz claims ex-PM wanted to settle two issues through talks: new COAS appointment and snap polls
* Says he plainly refused to hold any dialogue with PTI on these issues 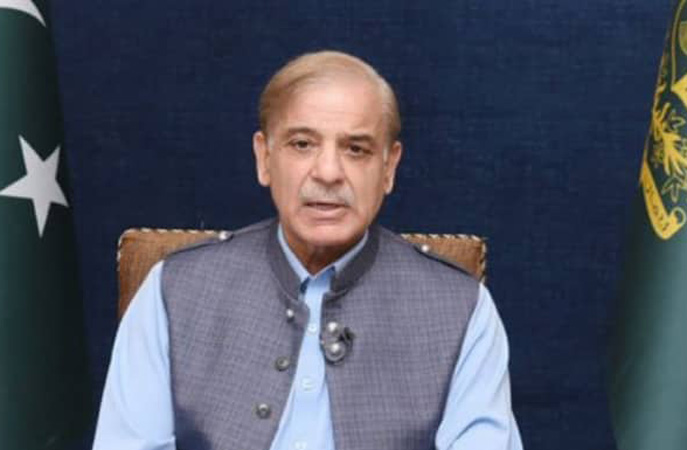 Speaking to Vloggers in Lahore on Saturday, the prime minister claimed that Imran Khan proposed through his aide that each side should propose three names for the post of next army chief. According to him, Imran had proposed that both sides will agree on the name of the army chief after considering the six names suggested by the both sides.

“Imran Khan offered [to conduct] negotiations,” the prime minister said, adding that the PTI chief wanted to settle two issues through dialogue. “The first matter was the army chief’s appointment and the second was holding snap elections,” PM Shehbaz revealed while addressing vloggers. “I flatly refused his [Imran] offer by saying thank you,” the premier was quoted as saying.

The PM said he sent a message to the PTI chief that appointing army chief was his constitutional duty “that has to be fulfilled by the prime minister”. Besides army chief’s appointment, the PM said he offered Imran to hold talks on his offer to signing “charter of democracy and charter of economy”. Speaking about the unprecedented presser of top military leaders, PM Shehbaz said DG ISI Lt Gen Nadeem Anjum held a press conference with his consent. The extended term of Army Chief General Qamar Javed Bajwa will come to an end on November 29 and the coalition government has time and again stressed that his successor will be appointed in due course and in line with the Constitution.