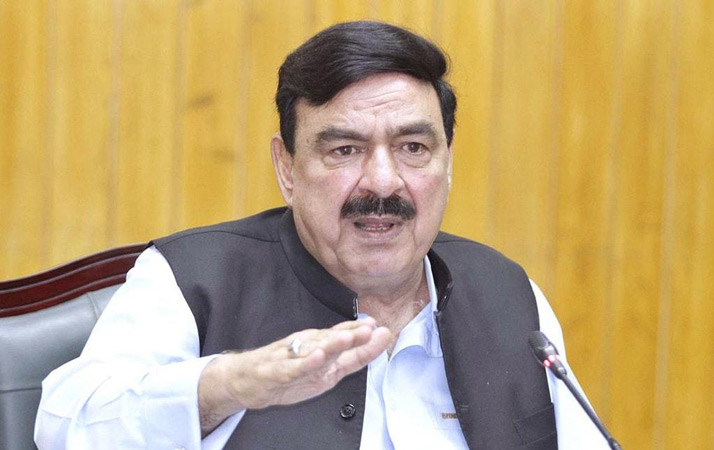 Awami Muslim League Pakistan (AMLP) leader Sheikh Rashid on Saturday said that he can even die for Pakistan.

While talking to media, the former Interior Minister said that Interior Minister Rana Sanaullah is trying to worsen the circumstances. Rashid said, “If I will die, Rana Sana must be included in the investigation and if he will be involved in my murder, a case should be filed against him.” He urged Chief Minister Punjab Pervaiz Elahi to make sure what Federal Investigation Authority (FIA) is doing in Punjab. He said that a real man stands on the time of fight. He said it will not matter how many containers will be placed on the way, the long march will enter Islamabad. He said if anyone will die, then the government will not be spared by the people.

He said that he will join the long march from Gujrat and will make way to enter Rawalpindi. He said that he can request the PTI Chairman Imran Khan to negotiate on the election date. The former federal minister went on to say, “I contest on one seat and contesting election on the same seat from 60 years. I have been jailed, I was court-martialed, military court sentenced me for one year and 20 whips, the whips were waived.” Shiekh Rashid reiterated, “my politics is with Imran Khan.” He said that on Wednesday, he will tell whether we have to welcome the march in Rawat or any other place. “If I will not be there, Rashid Shafique will be there, if Rashid will not be there then one of our workers will guard Imran Khan,” he said.

Rashid said that it was better that DG ISI was behind the curtains. He said DG ISPR is a big rank and its duty it to call everyone for the table talk. He further added that it is an international conspiracy to defame the Pakistan Army.