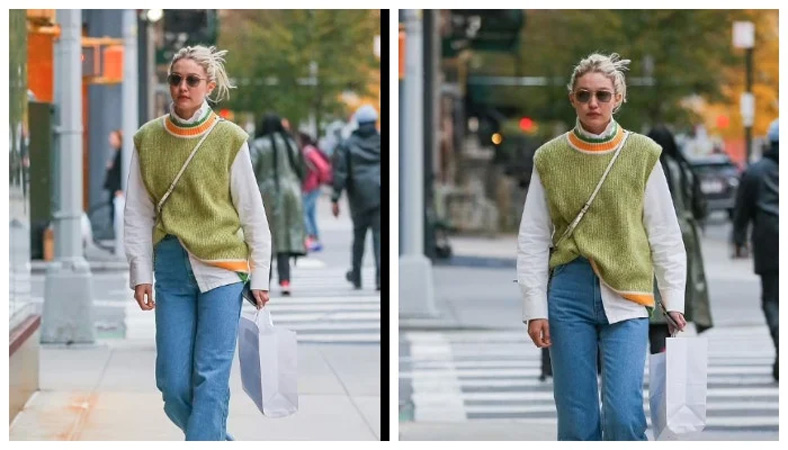 Gigi Hadid turned heads as she stepped out in New York City on Friday – amid ongoing rumours she is dating Leonardo DiCaprio.

The supermodel, 27, looked incredible in a green, orange, and white sweater vest, worn over a white blouse.

She teamed her gorgeous look with flared jeans, shades, and sneakers as she strutted down the street. Her platinum tresses were styled in a tousled updo and she sported a radiant palette of make-up.

The star’s outing comes amid her ex Zayn’s return to Instagram after he unfollowed her on Instagram after photos of the model enjoying a cosy date with Leonardo DiCaprio surfaced last month.

Zayn and Gigi split last year after a tumultuous on/off six year relationship. The pair share a two-year-old daughter, Khai. Gigi had been pictured getting close to Leo, 47, at a party in New York City last month – after the actor ended his four-year relationship with Camila Morrone, 25.