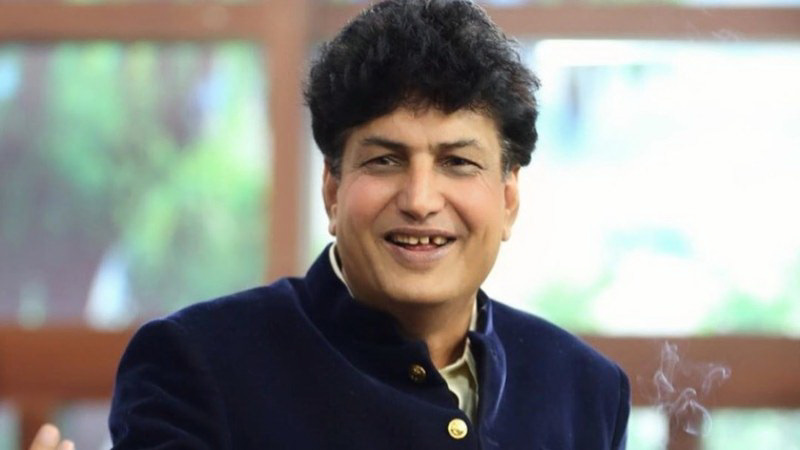 Pakistan’s highest-paid writer Khalilur Rehman Qamar has claimed that he is perhaps as popular in India as he is in Pakistan, and has been approached on multiple occasions to take his magic across the border. But all talks have come unstuck on a single point of order.

Earlier this week, Qamar appeared on a podcast with famous comedian turned podcaster Nadir Ali which was released on his YouTube channel. During the podcast, he discussed various aspects of life.

Ali asked the Merey Paas Tum Ho writer hypothetically if he would ever consider an opportunity to work in the Indian media industry.

To this, Qamar gave a surprising answer. The writer confirmed that he has fielded offers from the other side but they never got anywhere. “I have refused all the offers from India,” Qamar stated astutely.

“I am not the person who brags, but, I have refused all the offers from India,” he maintained.On the reason why the talks broke down, Qamar had quite an unusual answer but one which make sense on a more emotional level. “Because they don’t give us the same respect and recognition which we give their people,” was the blunt answer of Pakistan’s most unabashedly expressive person. He however, seemed to have a softer corner for the Indian public at large, suggesting that they, like Pakistanis, were perhaps victims. “Indian audience is not familiar with the Pakistani industry, and it’s because of their government, as they do not allow our work to be broadcasted,” he explained. Despite that, there was some good news with Qamar suggesting that he will be working for the Indian-Punjabi film industry, as he shares a very different kind of relationship with them. Otherwise, he expressed a lack of desire to work in India unlike some Pakistani film and drama talent. The London Nahi Jaunga director went on to say that there was only one condition for him to work in India and that is if Pakistani artists there receive the due respect and recognition they deserve from India. “The day that happens, I will not only go there but also write them a film for free.” He further added, “I am already very famous, I don’t need India’s fame, the country’s (Pakistan) respect is my priority.”