* Talking about it, she says, 'My mother's health has been a reason of concern for me since the last year and a half' 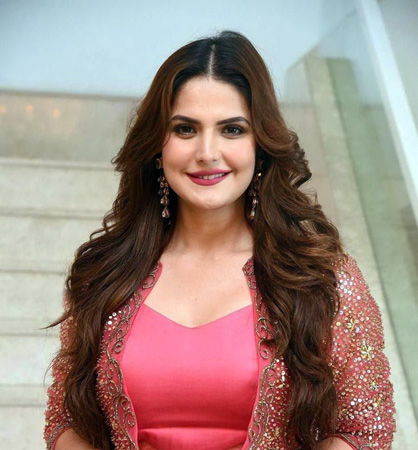 Actor Zareen Khan’s last Hindi film release was the LGBT love story, Hum Bhi Akele Tum Bhi Akele (2021). She has been missing from the tinsel town and her Bollywood career has been rather sporadic. And now, Zareen reveals that the reason behind that was her mother’s ill-health.

Talking about it, she says, “My mother’s health has been a reason of concern for me since the last year and a half. That has taken up most of my time. But by the grace of God, she is feeling much better now, and I can concentrate on work again.”

Happy to be back to the grind, Zareen remarks, “I have always wanted to learn Kathak and I am finally doing that now alongside other dance techniques. I am back on my fitness game and also plan to be more active on my social media channels. Of course, there will also be other announcements when the time is ripe.”

The 35-year-old will soon be seen essaying a double role for the first time in a Tamil horror-thriller titled Nagabhairav, where she will be engaging in some power-packed stunts. Sharing her excitement about making her Tamil debut, she says, “In an era where female actors are finally being recognised and lauded for their artistry, I am glad that this film gives me the opportunity to be much more than just a pretty face!”

Directed by VC Vadivudiyan and produced by V Palanivel, the film will also be released in multiple languages, including Hindi. Shedding some light on the shoot schedule, Zareen remarks, “While shooting for this film, I felt like I finally got the opportunity to do everything that I have always wanted to do. As of now, we have already shot our portions in Chennai, Pondicherry and Kumbakonam. We still have one schedule left to shoot, which will be planned mostly around November.”

Nagabhairav is touted to be an action-packed adventure and Zareen is elated to showcase a new side of her with the film. “I’ve done a lot of my own stunts, which was really exciting and which also got me injured quite often during the shoots. But I never let that break my spirit or my stride. Now I feel ready to take on more action-oriented roles,” the Veer and Housefull 2 actor avers.