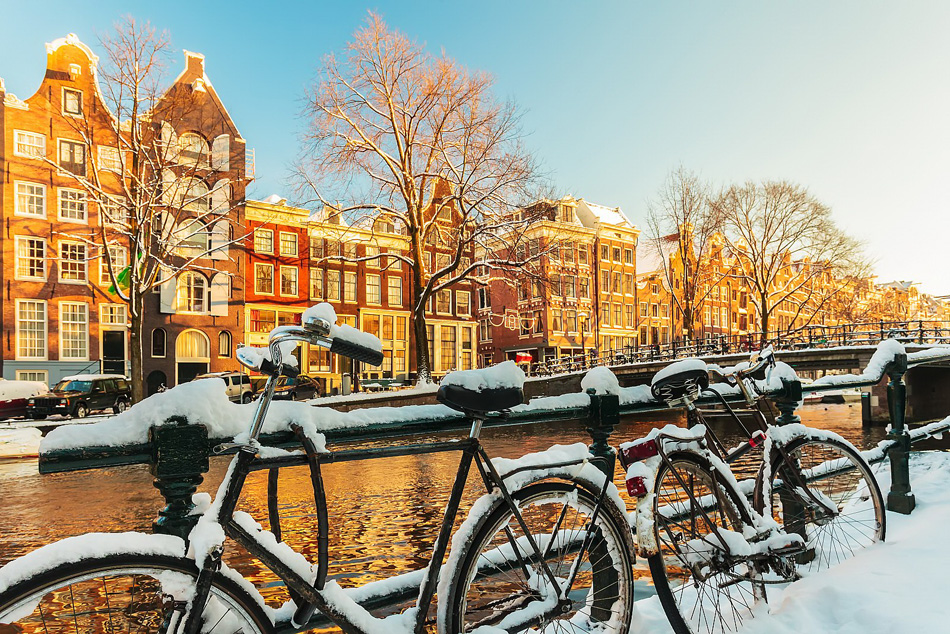 Amsterdam has long been a favourite destination for a city break, with so much to do that a weekend never does it justice. But head there at this time of year, when the changing seasons create a backdrop of jaw-dropping natural beauty and throw in the promise of top-notch art and culture – not to mention fewer tourists – and a short hop over the North Sea seems even more tempting.

As if to prove its status as a cultural beacon, which other city would hold an annual festival – on a Saturday night, no less – in which more than 50 museums stay open until 2am featuring a mix of live music, workshops, cocktail bars and food trucks alongside the galleries and exhibits?

While tickets for this year’s Museum Night, on the first Saturday of November, have sold out, the city is chock full of a mix of world-famous galleries and quirkier, less well-known collections.

Its big three museums are the Rijksmuseum, featuring Rembrandt’s The Night Watch, while the Van Gogh Museum has one of his bright yellow Sunflowers on display, and the Stedelijk Museum is home to pop art by Mondrian, Andy Warhol and Roy Lichtenstein.

Smaller sites worth a visit include Our Lord In The Attic, in the heart of the red-light district, which is one of the oldest museums in Amsterdam and was once a secret church built under the eaves of a 17th Century house when Catholic worship was banned. A good-value way to see Amsterdam’s main attractions is with the iamsterdam City Card.

It offers free entry to some 70 museums and free public transport, plus access to bike rentals and canal cruises.

December and January also bring the Amsterdam Light Festival, when artists from around the world create sparkling installations over and along the canals. Climb aboard heated boats for a tour with commentary as you glide past each exhibit, or take a small-group walking tour with a local guide

As the nights draw in, visitors should also take in the Christmas markets and search for the traditional brown cafes.

Nothing to do with Amsterdam’s infamous cannabis cafes, these Dutch pubs are famous for cosy interiors, local beers and warming winter stews.

Amsterdam is easy to reach with direct Eurostar trains that take just under four hours from London. Return fares start from about £110, or buy packages to include two nights in a central hotel from £195pp for two

Dozens of daily flights reach Amsterdam in little more than an hour, with departures from across the UK from about £49 return.

Packages with the likes of BA Holidays can be equally good value. It offers flights and two nights at Xo Hotels Park West, a short tram ride from the city centre, from £129pp. Or two nights in Boutique Hotel Notting Hill, on the edge of the Museum Quarter, from £199pp including flights.