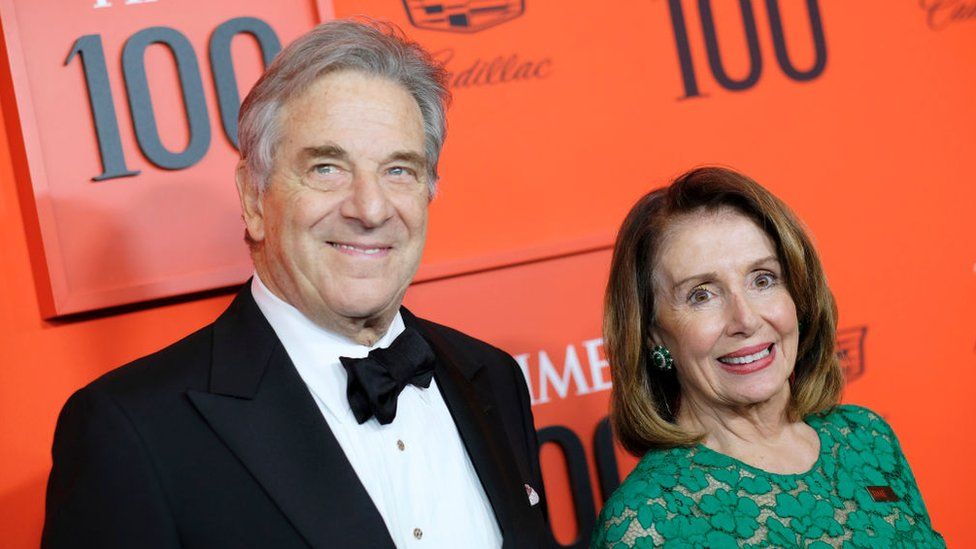 After breaking into their California home on Friday in search of Nancy Pelosi, an intruder attacked her husband with a hammer, fracturing his skull.

According to Pelosi spokesman Drew Hammill, Paul Pelosi was “assaulted at home by an assailant who acted with force and threatened his life while demanding to see the speaker.”

Paul Pelosi, 82, was at home alone while his wife worked in Washington. He had surgery and is recovering in the hospital.

Officers from San Francisco police said they discovered the assailant at the couple’s home shortly before 2:30 a.m. (0930 GMT), where he and Paul Pelosi were squabbling over a hammer.

“The suspect yanked the hammer from Mr. Pelosi and violently assaulted him with it,” San Francisco police chief Bill Scott told reporters, later adding that Paul Pelosi was hit at least once.

He identified the assailant as David Depape, 42, but declined to answer questions.

Scott stated at a press conference Friday evening that the suspect was still in the hospital and that he could not yet publicly reveal the alleged motive for the crime.

“This was not an accident,” Scott explained. “This was done on purpose, and it is wrong.”

“What happened this morning should disgust everyone.”

– ‘All violence is condemned’ –

According to family members, the intruder told Paul Pelosi that he was going to tie him up and wait for the speaker to return home.

According to an account given to cable network MSNBC, the victim was able to dial 911 while the man was distracted.

The intruder yelled “Where’s Nancy?” during the assault, according to local media.

Depape would be charged with attempted homicide, assault with a deadly weapon, burglary, and other felonies, according to Scott.

“Mr. Pelosi was admitted to Zuckerberg San Francisco General Hospital, where he underwent successful surgery to repair a skull fracture as well as serious injuries to his right arm and hands,” a spokesman for the speaker added.

“His doctors expect him to make a full recovery.”

Nancy Pelosi, the House Minority Leader, and the couple’s five children were said to be returning to San Francisco to be by his side.

President Joe Biden, speaking at a campaign rally in Philadelphia on Friday evening, called the attack “despicable” and said political violence had “no place” in the United States.

“Enough is enough,” he concluded.

Earlier in the day, Biden, also 82, called Pelosi to express his support and to say he was praying for her husband, according to the White House.

“He’s relieved that a full recovery is expected. The president continues to condemn all forms of violence and requests that the family’s right to privacy be respected “Karine Jean-Pierre, Biden’s press secretary, said in a statement.

According to The Wall Street Journal, citing unnamed law enforcement officers, the intruder broke in through a sliding-glass door, leaving him with head and body wounds.

According to one of the officers, he had espoused extreme right-wing views on social media, including conspiracy theories about Covid-19.

With less than two weeks until the crucial US midterm elections, members of both parties have warned of the possibility of political violence.

Threats against lawmakers have more than doubled since 2017, reaching nearly 10,000 in 2021, according to the Capitol Police in Washington.

On social media, members of both parties rallied to support Pelosi, with some claiming the assault was unavoidable due to an increase in violent political rhetoric.

Adam Kinzinger, a Republican member of the House committee investigating the January 2021 attack on the US Capitol, blamed Donald Trump and his far-right supporters for radicalizing some supporters.

“To be clear, if you convince people that politicians rig elections, drink babies’ blood, and so on, you will incite violence. This has to be rejected “He spoke about the attack on Friday.

After an accident in May, Paul Pelosi was convicted of drunk driving and sentenced to five days in jail.