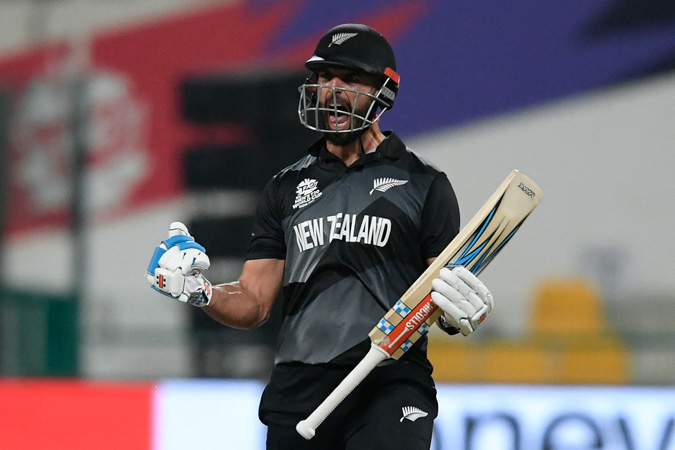 Mitchell was a key performer in the team’s run to the final of last year’s World Cup, where they lost to Australia, but a fractured hand has kept him sidelined this month.

He missed New Zealand’s crushing 89-run win over Australia in their opening game and their washed out match against Afghanistan.

But Southee said he would almost certainly start at the Sydney Cricket Ground on Saturday with Mark Chapman making way.

“He’s come through all the tests he needs to come through… so I think he comes back in for the side tomorrow,” he said.

“I think it’s probably Mark Chapman that’s the unlucky one as he came in for Daryl in the tri-series against Pakistan and Bangladesh. It’s unlucky for Mark, who hasn’t done anything wrong.

“But I think that Daryl is a valuable member of this side and has done well for us, so now he is fit and ready, he just comes back in.”

New Zealand will need a full armoury against a Sri Lanka side desperate to keep their dreams alive in a tight Group 1.

They beat Ireland but then crashed heavily to Australia.

“We know Sri Lanka is a dangerous side and they always pose a big threat and spin is a massive part of their game,” said Southee, who is wary given the tournament has already witnessed some big upsets.

“There’s been plenty happened in the last couple of weeks and then obviously we saw last night Zimbabwe (beating Pakistan),” he said. “It’s great for the tournament and just shows the nature of the format, that anyone can beat anyone.”

Sri Lanka head into the game hit by injury, with fast bowler Binura Fernando heading home and replaced in their squad by Asitha Fernando.

Binura, himself an injury replacement, bowled just five balls in his team’s loss to Australia before going off the field with a hamstring strain.

“Obviously they’re (New Zealand) one of the top sides in the world and we rate them pretty highly,” he said.

“We know coming to a World Cup and in a group which has Australia, New Zealand, England, Afghanistan, you know that any of the matches you cannot take easily.

“But we’re up to it and we’ll try to play our best cricket and try to give every chance for us to get qualified into the semi-finals.”