The Senate Standing Committee on Climate Change was briefed on Friday that the country witnessed a 300 percent increase in glacial lake outburst flood (GLOF) incidents and rising sea levels threatening the existence of cities such as Thatta, Badin and Karachi in just one year.

The meeting of the Senate Standing Committee was held under the chair of Senator Seemi Ezdi and was attended by Senators Khalida Ateeb, Keshoo Bai, Abida Muhammad Azeem, Taj Haider, Kamran Michael and senior officers of the Ministry of Climate Change along with its attached departments and agencies. Minister for Climate Change, Senator Sherry Rehman was also present.

During the briefing issues taken up entailed preparations of the Ministry for the 27th Conference of the Parties of the UNFCCC (COP27) and the Living Indus Initiative.

The Committee was informed about the major issues that the Ministry of Climate Change would bring to the table in context of drastic effects of Climate Change in Pakistan. It was asserted that Pakistan in the last two decades has witnessed 152 extreme climatic events that have led to an increase in food insecurity.

It added that the World Bank had estimated Pakistan flood losses at USD 40 billion. In wake of the pledges made during previous COP26, Pakistan was in the frontline for advocacy for climate finance that was most essential for any progress on environment and climate issues, the meeting was told.

The Committee was informed that Pakistan was suggesting the development of a transparent mechanism clearly defining Climate Finance needs and encouraging simplified procedures for its access. Forums for advocacy would include high level roundtables with the Prime Minister; bilateral engagements at the Ministerial levels and negotiations on eight dedicated streams by the Country delegation. Side events by country delegation and civil society members would include airing of videos showcasing Pakistan’s vulnerability to Climate Change in the recent floods.

Deliberating over the Living Indus Initiative, the Committee was informed that the Indus has supported life for the past 5000 years; yet in the next 100 years, this might not be possible due to drastic climate and steps were required to be taken immediately. “Challenges faced by the Indus are the degrading ecosystem of the basin and unchecked pollution. Poor planning and inadequate mechanism of finance for projects are other factors that have contributed to the deterioration of the basin. The United Nations has assisted the Ministry of Climate Change to develop a detailed report on River Indus to develop a comprehensive strategy for restoration of river Indus as a living river.”

The Report recommends 25 interventions out of which 15 were related to flood resilience. The Committee while questioning measures taken to preserve the Indus Delta recommended alternative options and stressed the need for prompt and timely funding. The Ministry while stressing the need for a more proactive approach from provinces stressed the need for the involvement of the indigenous population living in close proximity of the basin.

Discussing the ravages of floods members of the Committee stressed the need to visit all flood-affected areas in an attempt to recommend measures to control flood damage of this magnanimity in the future. 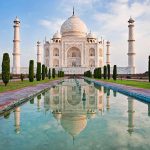