* In the clip shared on TikTok, Katy's right eye is seen closing on its own 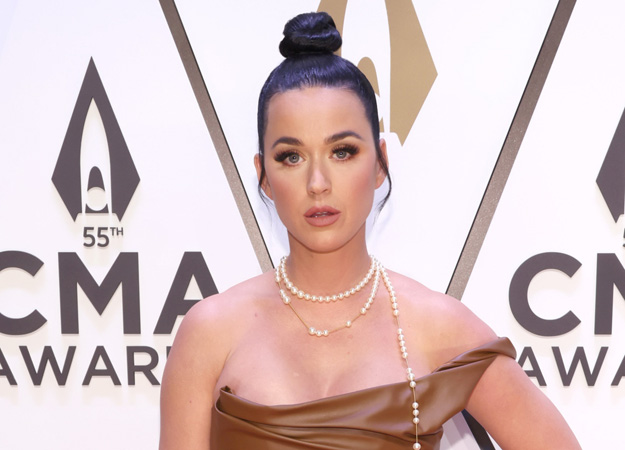 Katy Perry wants you to witness her infamous eye glitch. As the “Teenage Dream” singer announced 14 more dates for her 2023 Las Vegas concert series, titled Katy Perry: PLAY, she seemingly addressed one viral clip that left fans with questions over her health.

In the clip shared Oct. 23 on TikTok, Katy’s right eye is seen closing on its own. When she touches her temple, the eye flutters open before closing again once more. The musician, clad in a colorful mini dress fashioned after aluminum soda bottles, appears unfazed as she grabs her microphone and tells the crowd to “make even more noise for my band.”

Though fans speculated on social media that her eye closing was due to stress or lack of rest, Katy teased that it’s all part of her show, writing in an Oct. 27 Instagram post, “Welcoming all my #flatearthers #spaceisfakers #birdsarentrealers #skyisntbluers to come see my broken doll eye party trick IRL in Vegas next year!”

Katy created a meme from the moment in her Instagram post, with text over the video that read: “POV: when you see new 2023 PLAY dates.”

In the caption, she included a winking tongue out emoji and later added, “Heck I pour beer out of my tits (that’s a party trick too… I don’t actually lactate hops silly goose!).”

Before the “California Gurls” singer addressed the sensation, some users had begun to theorize that it was a gag for her act. In the comments of the Oct. 22 TikTok, one account wrote, “In the show, her character is a doll and in a Toy Story type of environment. Her eye is blinking like one of those blinking eye dolls for the show.”

As to what else fans can expect from her show? The 38-year-old revealed that she’ll perform some of her earlier hits, as well as other tricks she has up her sleeve.

“The show’s set list is a fun through memory lane going all the way back to 2008,” Katy captioned her Oct. 27 post, “a time when we weren’t all frozen by the paranoia of our own echo chambers!”

She continued, “This show is a nonstop party about finding unconditional love.”