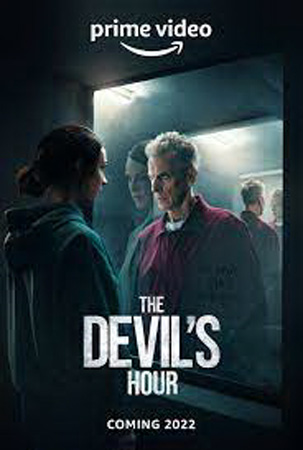 I do not damn with faint praise when I say that the back of Peter Capaldi’s head is the most frightening thing in the opening episode of The Devil’s Hour, Amazon Prime Video’s new spooky six-part drama by Tom Moran.

I mean only to place on record the underacknowledged truth that Capaldi is the most frightening actor working today. The only reason a generation of children were not permanently traumatised by his years as Doctor Who is because they do not yet know enough of life. If you do, you see that all of it lives in Capaldi’s face and that most of it is suffering, grief and pain.

We see little of that haunted visage at first, though it is clear his character is the pivot around which the whole thing will swing. Our main concern is with Lucy (Jessica Raine), an overstretched social worker also dealing with an aged mother who has dementia, the end of her marriage to Mike and an unreachable, heartbreaking puzzle of a child, Isaac (Benjamin Chivers). He is emotionless, suggestible, vulnerable and given to seeing and hearing from figures invisible to others. Lucy wakes up every night at 3.33am exactly, wrenched from awful visions as she sleeps. Are they ordinary nightmares caused by current stresses and strains, or the results of buried trauma – as other momentary hallucinations and apparent flashbacks suggest? Or are they, as Capaldi’s face implies, something worse?

Meanwhile, DI Ravi Dhillon – a suave young man except when he is vomiting over bloody crime scenes – is investigating a bloody murder. The perpetrator is linked to the disappearance of a young boy years ago and, by the end of the first episode, to Lucy too. 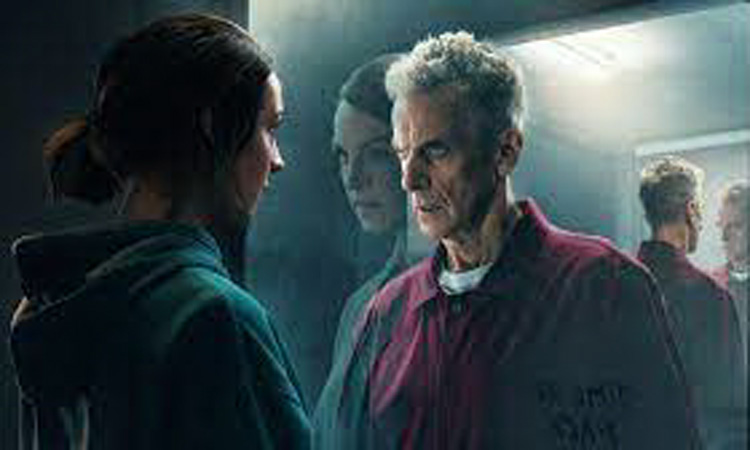 Just about every horror trope you could ask for is here, piling up like poisoned candy in a child’s Halloween bucket. There is the Omen-meets-Sixth Sense character of Isaac. There are flickering figures half-glimpsed and gone. Images of bloodstained soft toys and nightgown hems and a shotgun under a chin. There are shadows everywhere.

And then there’s Capaldi, handcuffed to a table in a darkened interview room, talking gnomically to Lucy about everything that has unfolded for them, to which we are not yet entirely privy. “What’s the worst thing you’ve ever experienced?” he asks her – an unsettling enough question anyway, that he is asking with That Face, which should cause all the skin to fly off her body. “All of this!” replies Lucy “You!”

“I’m sorry, Lucy,” he replies sorrowfully. “You’ve suffered far worse than me. You just don’t know it yet.” Dum dum DAAAAAH! It’s great fun. Its many, many pieces – which if they gel will make it a great show in all sorts of other ways – are currently held together by Raine’s absolutely storming performance. She is fantastic as the mother consumed by love and worry, the courageous professional – there is a well-wrought domestic violence storyline that ratchets up the tension – and the possible victim who is afraid she might be losing her grip on sanity (although whether she’s a victim of a past, present or future evil we cannot be sure). The supernatural element is less important so far than the acute psychological horror her performance evokes. It’s brilliantly done. If the rest of the series matches up to her, we are in for a truly terrifying treat.