Too glam to give a damn: Humaima 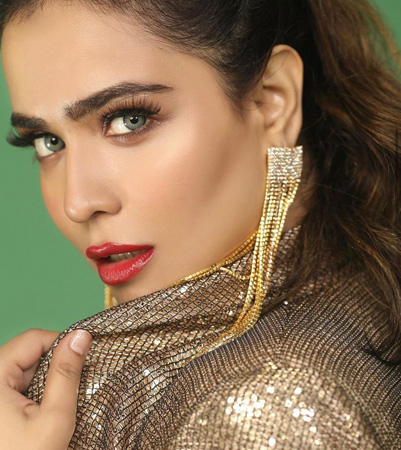 The latest picture series of film and TV star Humaima Malick is going viral across social media platforms. On her account of the photo and video sharing application, Wednesday, the A-list actor posted a series of pictures of herself on the feed. “Too glam to give a damn,” Malick wrote in the caption of one of the pictures.

The clicks see Malick in glam attire as she wore a shimmery gold ensemble consisting of trousers and blazers paired with a matching bandeau top. The celeb’s look was styled with long danglers, red heels and complimenting pout, with a pulled-back hairdo. Humaima Malick is one of the most popular celebrities on social media with 1.3 million Instagram followers. She takes to the platform for sharing pictures and videos of herself, her family members and her professional front.

The celebrity, who started off as a model at a young age, is considered one of the finest actors in Pakistani television and cinema. Malick made her Bollywood debut with ‘Raja Natwarlal’ opposite Emraan Hashmi.