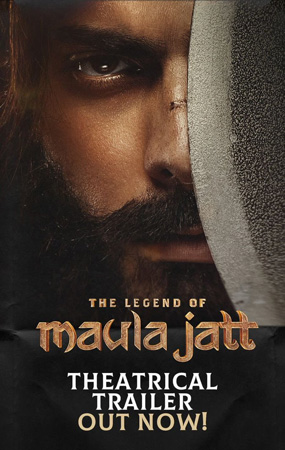 The Legend of Maula Jatt is the first-ever Pakistani movie to cross 100cr mark at the worldwide box office within ten days of its global release.

Reportedly, the movie has not only broken records in Pakistan but overseas as well. On its 13th day, TLoMJ has achieved one major milestone by beating down two Bollywood superstar movies on its opening day release internationally.

Akshay Kumar’s Ram Setu and Ajay Devgan as well as Sidharth Malhotra starrer Thank God were released on the occasion of Diwali. Both movies fared well on day one in India, however, the overseas collections were “quite poor”.

According to Bollywood analyst Komal Nahta, Pakistani movie TLoMJ made “higher” at global box office than both Bollywood movies in Canada and United Kingdom.

Nahta took to Twitter on Wednesday and wrote, “Ram Setu and Thank God at least managed fair collections on day 1 in India on account of Diwali holiday, but both fared poor Overseas. Pakistani film Maula Jatt on 13th day is higher than both Bollywood films on their 1st day.”

To this, Nadeem Mandviwalla, the distributor of TLoMJ and owner of Atrium cinemas, thanked Nahta for his views and remarked, “What a proud moment for every Pakistani. Thank you @KomalNahta for your candidness. Thank you Bilal Lashari & Ammara Hikmat for making this film and making the whole nation proud.”

For the unversed, Maula Jatt is the remake of 1979 classic movie and features Fawad Khan, Hamza Ali Abbasi, Mahira Khan as well as Humaima Malick in key roles.