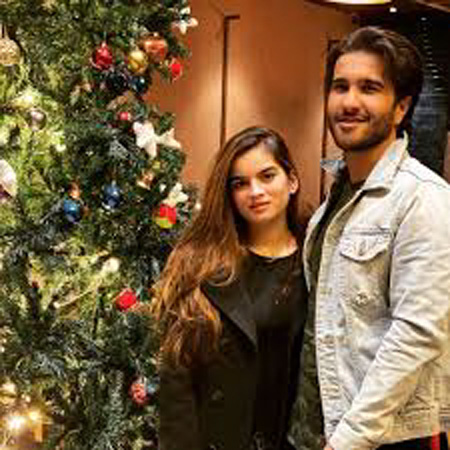 Pakistan actor Feroze Khan has released a statement denying all the allegations of domestic abuse made against him by his ex-wife Aliza Sultan.

Taking to his Instagram story to share his statement denying the allegations, Feroze said, “I, Feroze Khan vehemently deny any and all baseless, malicious and untruthful allegations which have been levelled against me and circulating on the social media rumour mill.” He further described that all of these assertions against him are false and he is going to handle these matters legally.

To conclude his statement he wrote, “I would categorically like to state that I have always followed the law in its true letter and spirit and have never knowingly hurt another human being. I very strongly believe in all human rights of every human inhabiting planet earth.”

The “Khaani” actor has been accused of domestic violence by his ex-wife Aliza Sultan. She revealed the images where she was bruised and claimed these bruises are due to the violence she has been subjected to by his husband.

Aliza Sultan Khan took to her Instagram in September to announce her separation with the “Habs” actor where she briefly mentioned the physical and emotional violence she was subjected to. The couple tied knot in 2018.

After Aliza opened up about her abusive marriage with Khan, several celebrities have extended support to her including Ushna Shah, Mawra Hocane, Yasir Hussain, Kubra Khan, Mansha Pasha, Merub Ali, Asim Azhar, Usman Mukhtar, Faizan Shaikh and many others.