Why a ‘political presser’?

* Imran Khan says if he started giving answers, 'it will cause a lot of damage to country'
* Long march not aimed at toppling anyone's government 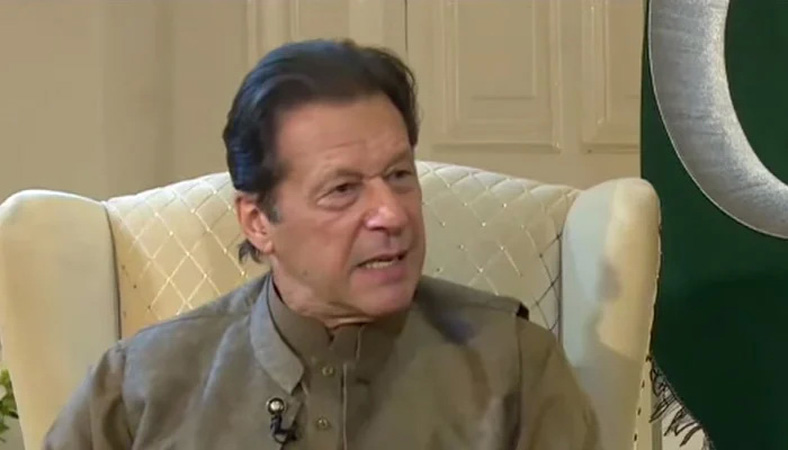 “They held a press conference after claiming that they have distanced themselves from politics,” Khan said during an interview with a private news channel.

The PTI chief then went on to say that if he started giving answers “it will cause a lot of damage to the country”. “Ever since I was removed from the government, I tried the best to prevent any harm to the country and army from my side. I know that if I say anything about the establishment it will impact the army. “But when they do a press conference like this […] and if I start responding […] it will directly go on our army and I don’t want to hurt them in any way. This is why I always try that my criticism is constructive and beneficial,” Imran said.

He continued that he had been criticising “dirty harry” – who according to him has been recently posted in Islamabad – for the torture inflicted on Azam Swati and Shahbaz Gill. “Our effort are to criticise them. These actions that you’re doing, who is hurting? The country is being hurt, and what is happening because of these acts?”

Meanwhile, Imran Khan said that the PTI’s long march is not to topple any government.

In a video statement, the former PM said that the “real freedom” march is starting from Liberty Chowk on Friday at 11 o’clock, adding that this long march is not for any personal interest, and not to topple anyone’s government. “PTI’s march is for true freedom after the freedom gained from the British because we want a country in which decisions are made by Pakistanis, not by foreign puppets,” he added. Imran Khan vowed that the PTI will continue to fight for real freedom until the doors of foreign conspiracies to get power are blocked.

Earlier, addressing the PTI social media team in Lahore, the former PM while exposing west hypocriscy on the Kashmir issue said that no one can speak against Israel in America because it is against their national interest, adding that millions of Kashmiris have been martyred, but west countries are unable to speak out on this issue. “Mir Jafar and Mir Sadiq hatched a foreign conspiracy to topple my government and through social media, showed every citizen what they did with the PTI government,” Imran said.