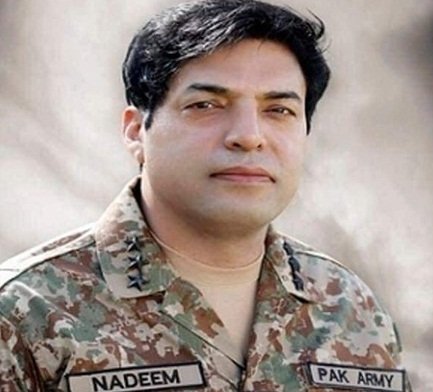 Army Chief General Qamar Javed Bajwa was offered a lengthy extension in service in March of this year but turned it down, according to Inter-Services Intelligence (ISI) Director General Lt. General Nadeem Anjum.

In Rawalpindi on Thursday, the ISI director general said, “I am an eyewitness to the life-long offer since it was made in my presence but the army commander refused it on the spot.” They were speaking at a joint press conference with ISPR Director General Lt. General Babar Iftikhar.

The head of the ISI claimed that while he was aware that journalists were shocked to see him among them, it was not a good idea to remain silent at a time when turmoil and anarchy were being feared in the nation.

He claimed that it was his stated policy to avoid publicity. He declared his will to keep up the defense of his institution and the military heroes of his nation.

He continued by saying that an indefinite extension has been offered to Army Chief General Qamar Javed Bajwa in March 2022.

DG ISPR on the murder of Arshad Sharif

According to ISPR Director General Lt. General Babar Iftikhar, the death of Arshad Sharif was tragic because he was a legendary journalist in Pakistan.

The military spokesman added during the press conference that it was important to learn the truth about Arshad Sharif’s death since false accusations had been leveled against the institutions, its officials, and the Army Chief.

The goal of today’s media discussion, according to Babar Iftikhar, is to raise awareness about the killing of journalist Arshad Sharif in Kenya and the circumstances surrounding it.

Babar Iftikhar stated that the purpose of this news conference is to convey information so that “truth, fiction, and opinion may be distinguished,” adding that Prime Minister Shehbaz Sharif has been “specially briefed” about the nature of the news conference.

Additionally, he added, it was crucial to identify the causes of a certain narrative’s construction and people’s subsequent deception “A target of criticism was also the head of the army staff. An effort was undertaken to tear the community apart.”

Arshad Sharif was an “icon of journalism in Pakistan,” according to the ISPR chairman, who called his passing an “unfortunate tragedy.” He mentioned that the late journalist’s family included Army veterans and said he had always felt the suffering of martyred office