Katrina shares a glimpse into her mornings with Vicky Kaushal 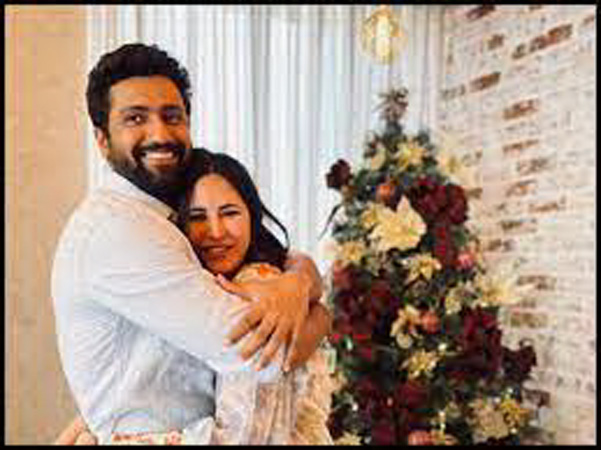 Katrina Kaif shared how she likes to wake up her beau Vicky Kaushal in the mornings.

The actress, 39, took to her Instagram to share how she likes to wake up her new husband in an adorable reel.

In the clip, Kaushal is seen sleeping peacefully, snuggled in his bed when he is awoken by a strange sound. There is a voice clip playing, that says, “Mai ek bhoot hoon (I am a ghost).”

Soon, he wakes up confuse and finds that his wife is playing the wake-up call from her upcoming movie, Phone Bhoot, which is set to release next month. Annoyed, Vicky pulls the blanket over his head and goes back to sleep again.

Under the post, many known celebrities commented on the adorable exchange.

Many fans gushed over the cute exchange between the couple and left a sea of heart emojis under the post.

Katrina is set to star in the upcoming movie Phone Bhoot which is slated for release on November 4. She will be seen with costars Ishaan Khatter and Siddhant Chaturvedi, where she will essay the character of a ghost. Vicky will be next seen with Sara Ali Khan in an untitled film. He also has Meghna Gulzar’s Sam Bahadur and Govinda Mera Naam in the pipeline, per Hindustan Times. Vicky Kaushal and Katrina Kaif tied the knot on December 9, 2021 in a private event. They also recently celebrated their first Karwa Chauth and Diwali together.