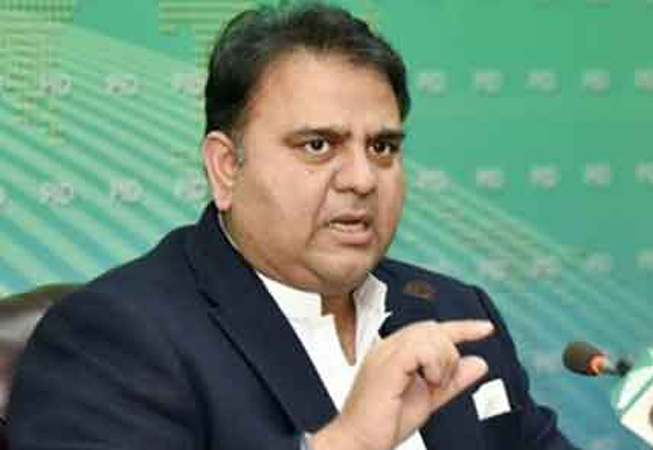 The PTI claimed on Wednesday that party leader Faisal Vawda tried damaging the party’s upcoming long march to Islamabad and distanced itself from his statement after the ex-federal minister said the protests would witness bloodshed. In the show-cause notice issued to Vawda, PTI Sindh President Ali Zaidi told the former minister that he had “grossly violated discipline by giving statements against party policies and guidelines”. “This is in serious violation of party rules as per the constitution, therefore, you are required to submit a reply within two days of this notice stating why your party membership should not be cancelled.” Zaidi said that until his response, his party membership would remain suspended and he would not be allowed to hold any party office or represent the party in the media. Meanwhile, in conversation with a private television channel right after Vawda’s hard-hitting presser, PTI Senior Vice President Fawad Chaudhry said that the party leader’s claims of bloodshed during the march were “false”.

“PTI’s march will be peaceful,” Fawad said, voicing PTI Chairman Imran Khan’s statement that the march would see no violence and he would not allow his workers to be arrested. “Frankly, I am surprised and confused at Faisal Vawda’s press conference. We were unaware of his press conference,” the senior PTI leader said, adding that he would call Vawda and inquire about his media talk.

PTI’s Sindh chapter President Ali Zaidi said Vawda tried to “damage” the party’s long march as he cast aspersions behind the motives of the presser. “Interestingly all channels + PTV covered the presser so it’s clear that #ImportedGovernment launched him. But he made no sense,” the former federal minister said. Zaidi asked that when Khan has clearly issued instructions for all to remain peaceful, then what weight Vawda’s presser carried.

PTI leader Zulfi Bukhari asked whether the state broadcaster PTV was devolved to Punjab or Khyber Pakhtunkhwa – where the Khan-led party is in power. “Is that why they just kindly aired Faisal Vadwa’s press conference? Will they show all of ours daily from now on? Or was this one special?” he wondered. Later, Zaidi said that the show-cause notice to Vawda would be issued immediately.