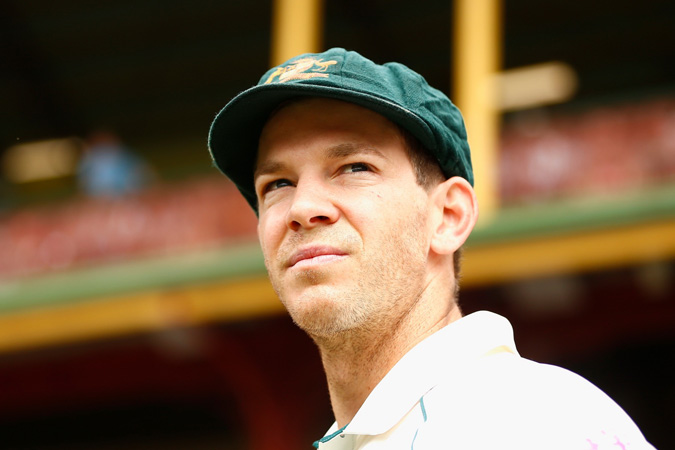 SYDNEY: Tim Paine has accused South Africa of ball-tampering just days after Australian cricket was rocked by the sandpaper-gate scandal in 2018, alleging it was covered up by the match broadcaster. The former Australian skipper made the cheating claim in his new autobiography released Tuesday and widely reported by Australian media.

He wrote that South Africa picked at the seam in the Test that followed the now-infamous Cape Town one where TV cameras caught Australia’s Cameron Bancroft hiding sandpaper in his trousers after appearing to use it on the ball. Paine claimed in the South African instance, the host broadcaster “immediately pulled the shot off the screen” and the footage “got lost”.

“I saw it happen in the fourth Test of that series,” he wrote, referring to the match in Johannesburg that the Proteas won by 492 runs.

“Think about that. After everything that had happened in Cape Town, after all the headlines and bans and carry on. “I was standing at the bowlers’ end in the next Test when a shot came up on the screen of a South African player at mid-off having a huge crack at the ball.

“The television director, who had played an active role in catching out Cam (Bancroft), immediately pulled the shot off the screen. “We went to the umpires about it, which might seem a bit poor, but we’d been slaughtered and were convinced they’d been up to it since the first Test. But the footage got lost. As it would.” The Bancroft scandal sent shockwaves through Australian cricket, with the batsman, along with then-captain Steve Smith and his deputy David Warner, sent home in disgrace.

Warner and Smith were both slapped with one-year bans while Bancroft was given nine months. Paine was on the tour as wicketkeeper and appointed Test skipper in the aftermath. In the book, he alleged ball-tampering was commonplace in cricket, but conceded that using sandpaper was “next level” and “shameful”. But he denied any suggestion of a team meeting that planned what Bancroft did, saying his heart sank as replays showed what happened.

“A sense of dread came over us all,” he said, while adding that he regretted that more support was not offered to Smith, Warner and Bancroft in the fallout from the rest of the team. “Would it have worked out better for those three players if we had owned it as a team? I think it would have,” he said.

Paine quit as Test skipper last November, on the eve of the Ashes campaign against England, when lewd text messages he sent to a female colleague in 2017 were about to be made public. He retreated from cricket as the scandal took its toll and only returned for Tasmania this month. In the book, he blasted Cricket Australia, claiming he was “hung out to dry”.

“I felt they were driven by the need to protect their image,” Paine wrote. “I was prepared to cop the flak for what I did, but in my mind, Cricket Australia had abandoned me and made it look like they thought I’d sexually harassed someone.” Australia’s cricket authorities investigated the sexting allegations in 2018 and cleared him of any code of conduct breach.

When the story broke last year, then-Cricket Australia chair Richard Freudenstein — who was elected to the board in 2019 — said it was a mistake not to axe Paine at the time. “The reality was they were happy to defend me and accept I hadn’t breached their code of conduct as long as it was kept private,” wrote Paine. “If the story hadn’t run, I would still be captain and, if Cricket Australia had handled it like they said they would, I would still be playing for Australia.”