* According to TMZ, who cited law enforcement sources and was the first to report the news, the actor was driving in Hollywood on Monday, when he was suspected to have suffered from a medical emergency and crashed his vehicle into the side of a building 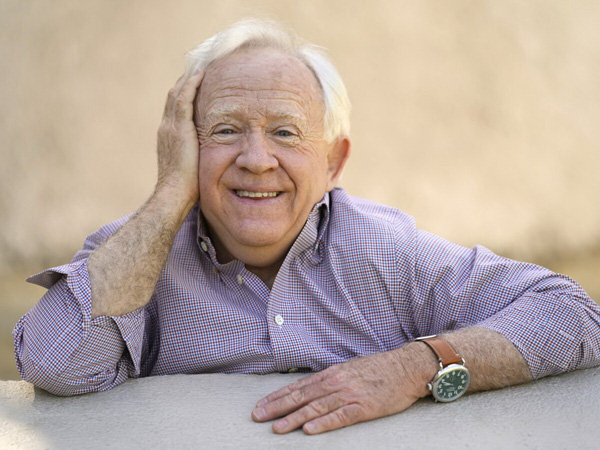 Hollywood is mourning the loss of an icon. Leslie Jordan has died at the age of 67, his rep confirmed to E! News. “The world is definitely a much darker place today without the love and light of Leslie Jordan,” the Oct. 24 statement read. “Not only was he a mega talent and joy to work with, but he provided an emotional sanctuary to the nation at one of its most difficult times. What he lacked in height he made up for in generosity and greatness as a son, brother, artist, comedian, partner and human being. Knowing that he has left the world at the height of both his professional and personal life is the only solace one can have today.”

According to TMZ, who cited law enforcement sources and was the first to report the news, the actor was driving in Hollywood on Oct. 24, when he was suspected to have suffered from a medical emergency and crashed his vehicle into the side of a building.

Following news of his passing, many of Jordan’s co-stars paid tribute to his lasting legacy. Will & Grace star Eric McCormack wrote on Twitter Oct. 24, “Crushed to learn about the loss of @thelesliejordan, the funniest & flirtiest southern gent I’ve ever known. The joy and laughter he brought to every one of his #WillandGrace episodes was palpable. Gone about thirty years too soon. You were loved, sweet man.”

Comedian Loni Love also reflected on the last memory she had with the star. “The last time I worked with Leslie Jordan… we guest co-hosted The Talk,” she tweeted alongside pictures of the two on Oct. 24. “Leslie was so much fun to be around, always had a funny story and he inspired me to keep going in an industry that could be ageist … I will miss you my friend…Mama is waiting on you.”

Jordan was best known for his roles in Will & Grace, Call Me Kat, American Horror Story, Murphy Brown and The Help. Throughout his illustrious career, he had appeared in more than 30 films and on more than 80 shows.

But he didn’t just act. The comedian published several books, his most recent being How Y’all Doing?: Misadventures and Mischief from a Life Well Lived in April 2021. “I think the tone is like a very helpful tone and it’s lessons that I have learned presented in a fun way, like this happened and it was hilarious, but what was the lesson learned,” he told E! News in January 2021. “Or this happened, and it wasn’t that hilarious, but what was the lesson learned. So, I’m really proud that it has my voice.”

“The reader can expect a good laugh,” he continued. “But I think it’s going to have more than that. A lot of comedians just do comedy books and that’s hilarious. This has a little bit more. It’s a little bit more of a journey.” In his last Instagram post shared on Oct. 23, Jordan was seen singing a religious hymn, writing in part alongside his video, “Love. Light. Leslie.”