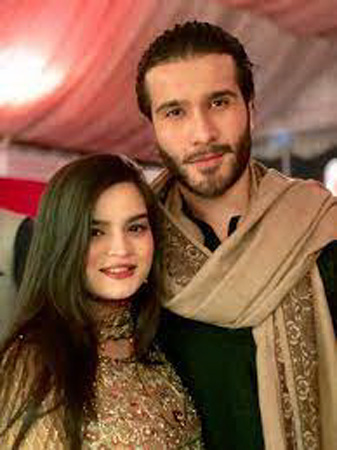 Soon after the announcement of divorce between Pakistan actor Feroze Khan and his ex-wife Alizeh Sultan, social media is abuzz with several about it, but Alizeh Sultan has recently revealed on her social media her side of the details of their toxic relationship along with some serious allegations against the “Ishqiya” actor. “Our marriage of four years was an utter chaos. In addition to continuous physical and psychological violence during this period, I had to endure infidelity, blackmailing, and degradation at my husband’s hands. After careful consideration, I have reached the sad conclusion that I cannot spend my whole life in this horrific manner,” she said.

“No kid should ever have to grow up feeling violence to be a normal part of relationships. I would rather teach them that no wounds are too deep to be healed, and no scars too shameful to be concealed at the cost of one’s safety,” Alizeh Sultan added.

The former couple were recently spotted outside Karachi Court dealing with the necessary legal proceedings.

According to a digital media news platform’s reports, Alizeh revealed in court that he used to hit her a lot and even put a gun to her head once in an attempt to intimidate her. She mentioned that she had requested Feroze Khan to pay Rs. 1 lakh a month per child. She reasoned that because their son studies in a private school and their daughter is a newborn, just her milk and diaper expenses are unaffordable for her since she is unemployed. Feroze Khan, however, refused to pay the required amount, stating that he could only afford to pay Rs. 20,000 in child support for both children.

The actor tied the knot with Alizeh in 2018 and they were blessed with a boy in 2019 and a girl earlier this year. While the former couple filed for divorce in September 2022. Actress Mariyam Nafees also spoke in support of Alizeh after she accused Feroze for domestic violence and submitted medical proof in the court against the “Gul-e-Rana” actor. While extending her support to Alizeh, she wrote, “So sorry you had to go through this Alizeh. Stay strong, we’re with you, Allah is with you”.