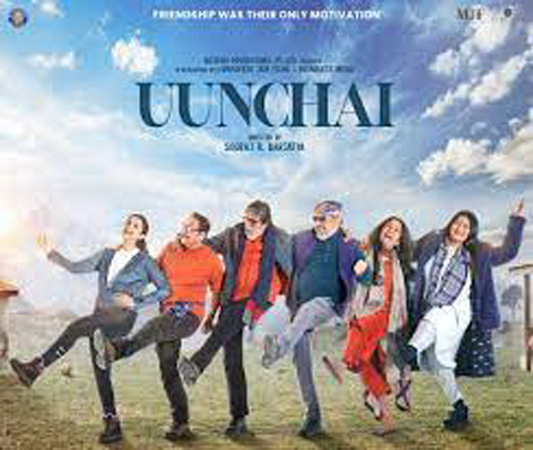 Yash Raj Films has collaborated with Rajshri Productions to distribute Sooraj R. Barjatya’s Uunchai in India. The Hindi-language drama film, which has been directed by the celebrated film-maker Sooraj Barjatya is being jointly produced by Rajshri Productions, Mahaveer Jain Films and Boundless Media.

Uunchai stars stalwart actors of Indian cinema like the legendary Amitabh Bachchan, Anupam Kher and Boman Irani. It also stars Parineeti Chopra, Neena Gupta, Sarika and Danny Denzongpa in pivotal roles. Rohan Malhotra, Vice President – Distribution, said, “YRF is proud to be entrusted with the theatrical distribution rights of Rajshri Productions Uunchai – celebrated filmmaker Sooraj R. Barjatya’s seventh directorial across major markets in India. Rajshri has a rich legacy of producing content that has always struck a chord in the hearts of people and we are thrilled to collaborate with their latest offering – a soul stirring film that we can’t wait for audiences to see and savour.”

P.S. Ramanathan from Rajshri said, “It is an honour to associate with Yash Raj Films for our most ambitious film ever! Uunchai ! This is Soorajji’s most special film yet and Yash Raj is like family to Rajshri. It is our pleasure to associate with YRF for this one.”

Uunchai is set to release theatrically on November 11.