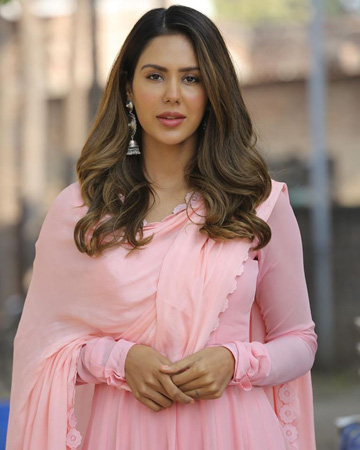 In her recent conversation with a radio portal, the ‘Honsla Rakh’ actor revealed the fellow from the showbiz industry with whom she would like to have a brief ‘affair’. The actor said that the person she would have liked to date is already married.

Initially reluctant to name the celebrity, Bajwa eventually divulged, “I have a huge crush on Fawad Khan, I would have asked him for dating.”

“But since he’s married, so, I won’t do that, I don’t keep eye on married people,” she added. After being asked about her infatuations, she said, “This is a mystery, I can’t tell, but only that the person I want to have an affair with is already married.” She further comments, “I don’t eye on married men. It’s Fawad Khan, so if he wasn’t wed, I’d make my move.”

Earlier, the renowned Punjabi actor voiced her affection for more Pakistani artists such as Sajal Aly and dramas such as Meray Paas Tum Ho in an interview with BBC Asian Network’s Haroon Rashid.

She mentioned the talented Mom actor, by pointing out how she “looks up to her.” She said, “I am the biggest fan of Sajal Aly, she is phenomenal and I feel happy sharing that I’ve learned so much from her, she’s extraordinary and I think you’d agree.”

Sonam is a renowned Indian model and actor. She primarily does Punjabi movies and has garnered a celebrated position in the entertainment industry. She initiated her acting career in 2013 with the Punjabi film Best of Luck. Since then, she has bagged numerous role such as Honsla Rakh, Kaatteri and hosting Dil Diyan Gallan.