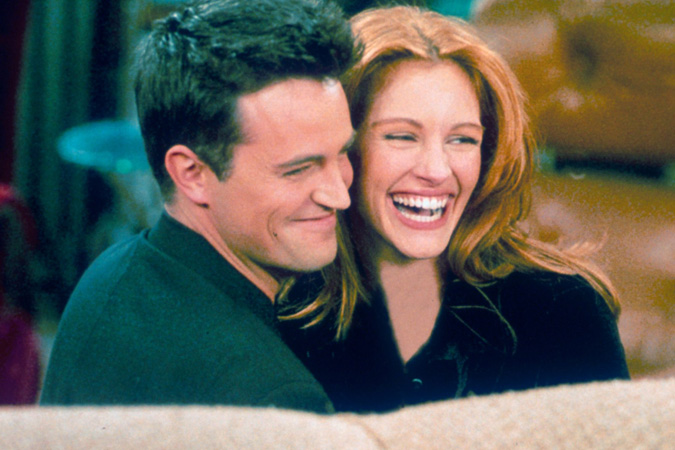 Matthew Perry revealed Julia Roberts only agreed to star in Friends if she is in the hit sitcom alongside his character Chandler Bing.

In his memoir Friends, Lovers And The Big Terrible Thing, the actor said that the co-created of the hit sitcom encouraged him to talk to the Pretty Woman star about appearing in the NBC show.

“I had to woo her. I wanted something a tad flirty. I sent her three dozen red roses and the card read, ‘The only thing more exciting than the prospect of you doing the show is that I finally have an excuse to send you flowers,'” the 17 Again actor penned.

“Her reply was that if I adequately explained quantum physics to her, she’d agree to be on the show,” he added.

Perry went on to reveal that the next day he sent Roberts a playful research paper about “wave-particle duality and entanglement” which convinced the star to appear in the series.

After Roberts appeared in the episode titled “The One After the Superbowl, Part 2,” she and Perry started dating and used to communicate via fax machine in the early days of their romance.

“Some nights I would find myself out at a party sharing a flirtatious exchange with an attractive woman and cut the conversation short so I could race home and see if a new fax had arrived,” Perry shared.

“I was grinning like some 15-year-old on his first date. And we had never even spoken yet, much less met each other.”