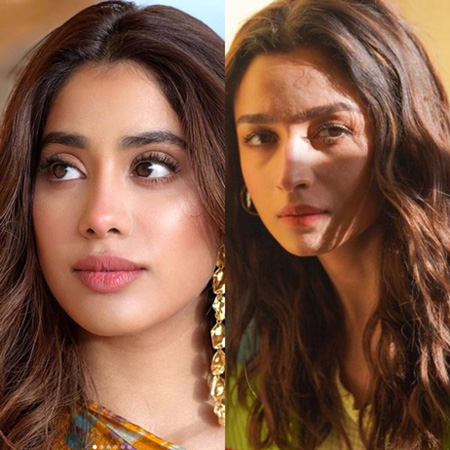 Actress Janhvi Kapoor is currently busy promoting her upcoming film, Mili. This is the first time that she has collaborated with her father Boney Kapoor. The film is the official remake of the Malayalam film Helen. Mili also stars Sunny Kaushal and Manoj Pahwa in key roles. Recently, in an interview with Pinkvilla, Janhvi was seen praising the mommy-to-be Alia Bhatt. She went on to call Alia her ‘inspiration’.

During the interview, the star kid was asked to answer a few fan questions. One of the fans asked who was her inspiration from the industry apart from her family, and to this, Janhvi promptly said, ‘Alia’. Why does she consider Alia her inspiration? The actress said, “I don’t think I need to verbalise a reason. She’s inspiring every girl in the country a little bit with how much she has proven herself, the kind of cinema she has brought to us and how much I think she’s making us all feel proud.”

Janhvi also revealed her favourite co-star during the fan questions segment. She took Varun Dhawan’s name on being asked about her favourite co-star. She said, “Varun, it’s you. You are the lucky one.” Varun and Janhvi will be seen sharing the screen space for the first time in Nitesh Tiwari’s Bawaal. The duo was seen shooting a schedule in Europe. It is slated to release in 2023.

Janhvi has an interesting lineup of films in the pipeline. After Mili, she will be seen in Mr and Mrs Mahi with Rajkummar Rao. She is currently busy prepping for her role. Apart from this, she has Karan Johar’s Dostana 2.