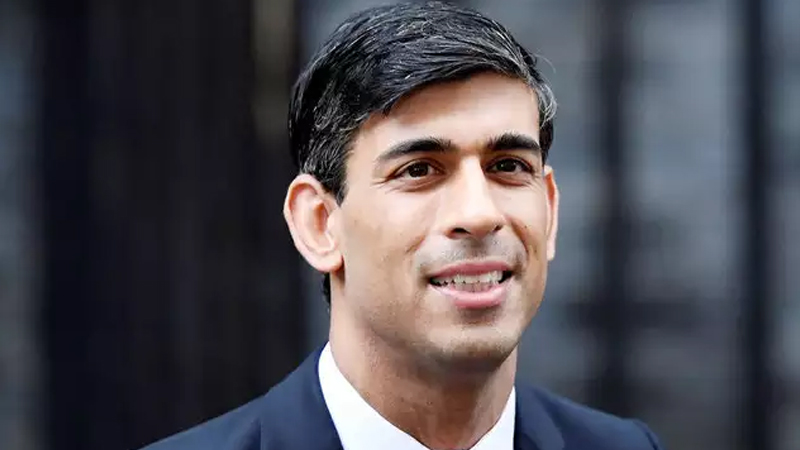 Akshata Murty, the Indian wife of Britain’s next Prime Minister Rishi Sunak, is fabulously rich thanks to her billionaire father, a fortune that is attracting controversy as ordinary people reel from a cost-of-living crisis.

Sunak’s father-in-law, N.R. Narayana Murthy, 76, co-founded tech giant Infosys in 1981. The outsourcing behemoth now worth around $75 billion helped drive India’s transformation into the “back office of the world”.

One of only two non-Americans in Fortune magazine’s 2012 list of the “12 greatest entrepreneurs of our time”, the Infosys chief’s life-changing moment came in 1974 when he was locked up for four nights in communist Eastern Europe.

“That cured me from being a confused leftist to a determined compassionate capitalist,” Narayana said afterward.

Sunak’s mother-in-law Sudha meanwhile was Tata Motors’ first female engineer after famously complaining via a postcard to the chairman about the firm’s stipulation that “lady candidates need not apply”.

Regarded as “India’s favourite granny”, she is a prolific author and a powerful force in social work, setting up 60,000 libraries and building 16,000 toilets and is reputed to be humble despite her own immense wealth.

Sudha ensured an austere upbringing for her children Akshata and Rohan, with no television at home and insisting they go to school in an auto-rickshaw like their classmates.

Atypically for class-conscious India, where arranged marriages are still common, the couple were fine with Murty’s comparatively humble choice of husband, a doctor’s son from Southampton named Rishi Sunak.

In a letter, Murty’s father who spells his surname differently to his daughter said Sunak was “all that you had described him to be brilliant, handsome, and, most importantly, honest”.

The couple met at Stanford University in the United States when Murty was pursuing her MBA. The future prime minister was a Fulbright scholar with a first-class degree from Oxford.

Their 2009 wedding was a relatively modest affair by the standards of India’s well-heeled, but the reception was attended by about 1,000 guests including politicians, industrialists and cricketers.

Murty’s stake in Infosys is worth around $700 million, making her richer than the late Queen Elizabeth II, whose personal wealth was estimated at about $460 million by the 2021 Sunday Times Rich List.

The 42-year-old Rishi has also earned tens of millions in dividends in recent years, but her “non-domicile” status in the UK shielded some of this income from British taxes.

To assuage some of the resulting public anger that hurt her husband politically, Murty said in April that she would pay UK tax on all her worldwide income.

“I do this because I want to, not because the rules require me to,” she tweeted. “My decision… will not change the fact that India remains the country of my birth, citizenship, parents’ home and place of domicile. But I love the UK too.”

The couple who have two daughters and a photogenic dog remain extremely rich and their lavish lifestyle hasn’t gone unnoticed by the British media at a time when ordinary people are struggling.

In August, reports said that they were spending £400,000 on a swimming pool at their country pad. In July, Sunak wore Prada loafers on a campaign visit to a rubble-strewn construction site.

Murty and Rishi own at least four properties, including a £7 million five-bedroom house in Kensington, London. They also own a flat in Santa Monica, California.

She dabbled in finance and marketing before creating her own fashion label, Akshata Designs, in 2010.

According to a 2011 Vogue profile, Murty works with artists in remote villages to create Indian-meets-Western fusion clothes that are “vehicles to discovering Indian culture”.

“I believe we live in a materialistic society,” she told the magazine. “People are becoming more conscious about the world they live in. Doing good is fashionable.”